According to the most recent IRS data available, roughly 40% of American tax filers paid a negative income tax rate for tax year 2017. 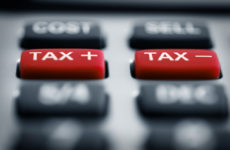 A few weeks ago, a couple of professors from Rutgers University, published an editorial in New Jersey’s leading newspaper, the Star Ledger, in which they called for a corporate wealth tax; i.e., not a corporate income tax (which they undoubtedly would not repeal), but a tax on the actual increase in a company’s value. With […] 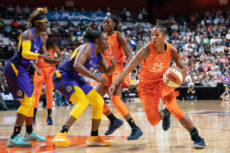 (This is called “satire.” Please do not contact us to complain it is “fake news.”) Princeton, NJ:  The NBA says it’s committed to progressive values, but apparently equal pay for equal work isn’t one of them. Economists at the Institute for Advanced Study have today released their much anticipated, groundbreaking report on wage inequality in […]

The Loan Shark Prevention Act would socialize credit markets, and force the Post Office to cash bad checks. Here’s a good rule of thumb: If you find yourself agreeing with Bernie Sanders and Alexandria Ocasio-Cortez on any matter of economics, you should probably rethink your position, wonder where you went wrong, and withdraw from commenting […]

Welcome to ConservativeOpinion.com. Today’s question is “Is Bernie Sanders right that the economy is rigged.”  I call him “Breadline Bernie,” by the way, not just because he’s a socialist, but because this is the same guy who actually praised bread lines, saying, and this is a quote: “Breadlines are a good thing. In other countries, […] 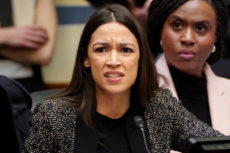 It is often observed, and never in a positive way, that even a broken clock is right twice a day. Alexandria Ocasio-Cortez — our twenty-something bartender-turned-congresswoman-turned-economist/climate scientist — managed to be right twice in the past week, which, while still falling short of the proverbial defective clock, is still quite an accomplishment for her.

Murphy’s “Secure Choice Savings Program” is his attempt to raid private savings and amass a large stockpile of money from which his Wall Street buddies can pilfer hundreds of millions of dollars in exorbitant management fees every year.   Ronald Reagan once said that “the nine most terrifying words in the English language are ‘I’m […]

An advertisement came across my Facebook feed recently for a Masterclass on “economics and society” taught by Nobel Prize-winning economist Paul Krugman.  If you have $90.00 you’d like to waste you can do so on this, otherwise you’re better off saving your money.  I’d sooner pay Larry King to teach me the secrets of a […]

I once read an essay by a white liberal — I believe this was in the New York Times — who felt compelled to demonstrate his compassion for African-Americans by declaring that he would never again have his shoes shined by a black man, because, in his mind anyway, this honest work is too demeaning.  […] 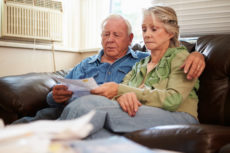 A federal program that matches up to $500 in contributions to retirement accounts would cost one-thirteenth what Social Security does, provide triple the payout, turn every American into a millionaire, and solve our national savings crisis.  And we could still keep Social Security on top of that.    Perhaps the greatest crisis facing this country […]