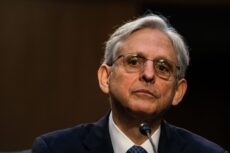 That should never happen in this country.

The United States, for all of its faults, is not a banana republic. Losing an election should never place one at risk of the victor’s political and legal power. Whether or not there was good reason to approve the warrant to raid President Trump’s home, it should not have been done by the Biden Administration, but rather a special prosecutor approved by Congress (considering that the Democrats control both houses of Congress, that should not have been difficult for the President to achieve), or a specially appointed congressional subcommittee, or failing that, appointed by the Supreme Court, in order to avoid the appearance of impropriety, if not actual political prejudice.

Julian Alcantar is gay, Mexican, and was brought here illegally as a child by his parents. He also supports President Donald Trump. This is his story.

After decades of neglect, political grandstanding, phony promises, and absolutely nothing happening to improve the crisis on the American-Mexican border, President Trump this week declared a national emergency in order to finally take meaningful steps to continue construction of the much-needed border wall. This action, of course, raises a number of important questions, not the […] 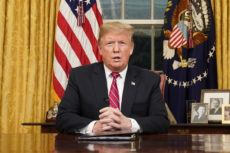 Like him or not, one has to concede that President Trump’s speechwriting team does not do him any favors.  This was perhaps never more evident than during the President’s primetime speech to the nation this past week, wherein he made his strongest plea yet for a border wall.  It could have been, and needed to […]

There’s an old proverb of questionable veracity that says that the Chinese word for “crisis” is the same as “opportunity.”  President Trump must have taken that to heart, because he is especially adept at creating such opportunities for himself, the latest of which results from the obviously coerced resignation of Attorney General Jeff Sessions, who […] 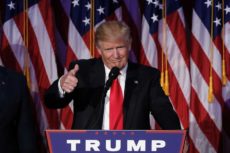 President Trump made news this past week by declaring that his Administration would break from the longstanding interpretation (or rather, indifference) of previous administrations with respect to the requirements of the 14th Amendment’s birthright citizenship clause, arguing that the Constitution does not confer citizenship on children born on American soil to parents without permanent legal […]