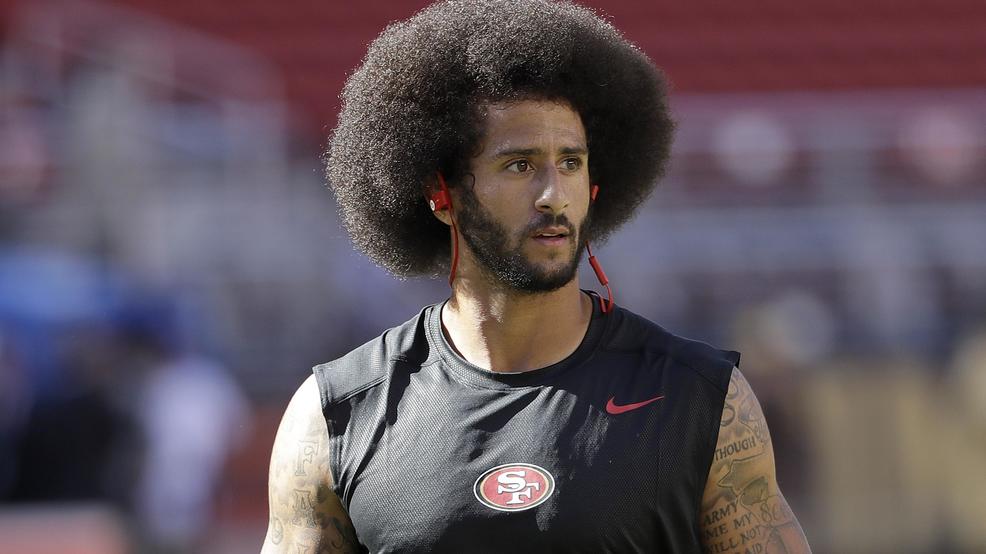 There’s a lot about Kaepernick to admire, and even emulate: he has the courage of his convictions, he’s not afraid to stick his neck out, and he’s a leader. And he’s led the fight against police brutality. But he loses a lot of people, as well as credibility, with his admiration of police state tyrants like Fidel Castro and Che Guevara, who imprisoned, brutalized, and murdered countless people for no reason other than political opposition. How can someone who fights against police brutality also lionize the ultimate police state brutality?

Hey guys, Jordan here. Good to see you. I want to talk to you just very briefly about Colin Kaepernick because he’s in the news again for obvious reasons, but also because the NFL is encouraging teams to hire him. And I gotta tell you, before I even get to Kaepernick, the NFL is the biggest bunch of hypocrites. All they care about is money. You know, two years ago, they were taking a stand against players taking a knee, and now they’re encouraging players to take a knee. And the only thing that’s shifted is the dollars and cents of it. So I place no stock, and I say this with as much respect as I can to Roger Goodell, I placed no stock really in anything he says as far as this goes.

As far as Kaepernick goes, I’m going to say this: I actually admire his courage. I really do. It takes a lot to stick your neck out, especially when you’re the leader, when you’re the first one, [and] you don’t know how people are going to react. And you know, a lot of people are gonna react very angrily and take it the wrong way. And so I do respect that and I wish a lot of conservatives actually would follow his example.

Where Kaepernick loses me is yes, he protests against police injustice and that’s something we should all join him in. I get it. Where he loses me is where he goes around wearing a Fidel Castro shirt, or a Che Guevara shirt. Now you can’t tell me you’re against police brutality and yet wear shirts representing people who personify the police state, people who just arrested political enemies and just mowed them down with machine guns or threw them in prisons, people who created a country that is so devoid of freedoms that people build boats out of styrofoam to float across the ocean, to try to get to the United States, braving sharks and drowning in the process. That tells me it’s not so much about racial harmony and about opposing the police as it is just kind of about this radical idea, that America is intrinsically evil and responsible for all the problems with the rest of the world. He wears socks that show police officers as pigs. That doesn’t solve any problems. And I saw him the other day wearing a Malcolm X t-shirt. And there’s a guy who believed in racial segregation.

So I respect his courage and I respect his intelligence. I really do. I think part of the problem with people like him is that there aren’t enough people on our side of the aisle who are willing to sit down with him and have an intelligent conversation and really express to him what I just expressed and say, look, there are a lot of us on our side who agree with you. We conservatives are naturally wary of government in the first place. And I did a video a couple of nights ago on really arguing that there is racial injustice in this country and that there is institutionalized racism. And so I think there’d be a lot of common ground there, but I think he also alienates a lot of people when he kind of signals towards the radical side. And at some point you say, well, how much of this is just that he doesn’t know what he’s doing and how much of it is really just manifesting what his true intentions are?

I don’t know. He’s the only one that can answer for that, but it’s certainly… I don’t think it’s a very good look. But like I said, I do think there’s a lot to learn from him. And I do wish conservatives would be as courageous as him. You know, a few years ago, maybe it was last year when this sort of…. this kind of has a way of cycling back and being a thing every now and then, I put up a poll on the page and I asked very simply, “would you support pro-life players who would take, who would sit in a fetal position during national anthem?” Because everyone was complaining about Colin Kaepernick and all the black players kneeling for what they believe. And I said, okay, well, what if we changed the dimensions here? You know, we believe that abortion is wrong and should be illegal. That it’s the taking of an innocent life. Would you support pro-life players doing that? And people angrily said, no. I mean like, it was like vicious. Well, what if it would actually solve the problem? Because say what you want about Kaepernick, but he’s leading a movement now that in some ways is good, in some ways, I don’t know, it’s kind of out of control and maybe not so good, especially in some of the radical ideas that are coming out, but at least he’s leading a movement. And I think a lot of times conservatives are just, well to use a word, “conservative,” that a lot of times we’re afraid really to offend people or especially our own patriotic sensibilities. We’re kind of afraid to confront the sins of our country, that we know affect us, with anything more than a few Facebook posts here and there.

So I don’t respect everything, Kaepernick says, I don’t respect everything he stands for, but I respect his intelligence. I respect that he has the courage of his convictions. I do respect the fight against racial injustice, although I think he’s wrong on some of his solutions, and also with some of his assumptions. I think he’s especially wrong to lionize people like Castro and Guevara and even X… well, Malcolm X has kind of a complicated history… but I think he’s wrong to, to lionize those people. But I would, I also think that he’s the kind of person that you can sit down and have an intelligent conversation with him. And I think we, conservatives should be looking to have intelligent conversations with people like him, instead of shying away from them and just complaining about people like that. And I think I’m optimistic that if we did that, that we’d find we have a lot of common ground or at least can advance that a lot of our ideas would prevail and, maybe we learned something in the process. All right? That’s all I’m saying tonight, guys.

Lastly, I don’t like to say things about people, even if they’re celebrities, I wouldn’t say to their face. And so that’s what I would say to Colin Kaepernick if I saw him. I don’t think I’d be mean. I think I’d be polite and respectful because I don’t think being mean solves any problems. And really, I think this world needs a lot more people who are just willing to sit down with each other and just listen and try to address situations, not antagonistically, but from a place of love and compassion. All right. That’s all I’m saying guys.

Hope you guys are doing real well. Thank you so much to the 40,000 plus of you who are on the page. Thank you guys for those of you who contribute regularly in particular. I really appreciate it, even though I don’t always agree with every single thing that’s said, we try to have a free speech environment on the forum. So thank you guys that you’re almost… almost all of you are almost always respectful. And the few people who aren’t well, we just hide those comments and we don’t need them, but thank you guys. You guys do a great job. Love you all. Have a great evening and take care of yourselves.

ANOTHER …kangaroo court… by the democrats..

Another fake impeachment by the dems. Even the Chief Justice knows it’s unconstitutional. 🤦‍♀️

Simon says sounds like the Chief told them they don't have jurisdiction over a former President.

You can’t impeach a private citizen out of office! It’s unconstitutional no matter who’s doing it! 🤦‍♂️🙄

Quit going along with all this STUPIDTY

Our government an media is a sad ass joke and the world knows this….

To be clear, while I generally favor conservative Supreme Court justices — because the very purpose of such a person is to “conserve” our rights — I make an exception for the abortion issue, on which I have become, over time, very progressive. And to that end, I very much favor justices who will “progress” our law past this benighted Dark Age in which it has stagnated — where it unconscionably countenances the killing of a million babies every year — to a jurisprudence commensurate with the enlightened, progressive (some might even say “woke”), twenty-first century people that we are, finally catching up with science, and advancing social justice by protecting the most vulnerable among us from this degenerate, retrograde, eugenic-based, racially disparate barbarism. #ThinkProgress … See MoreSee Less

Is this a serious post? I can't follow it. The first sentence says "To be clear" and then …

A purist would support a constitutional amendment to allow abortion (if passed), or would allow each state to determine their own abortion policy. Turning into a “progressive “ is a cop out.