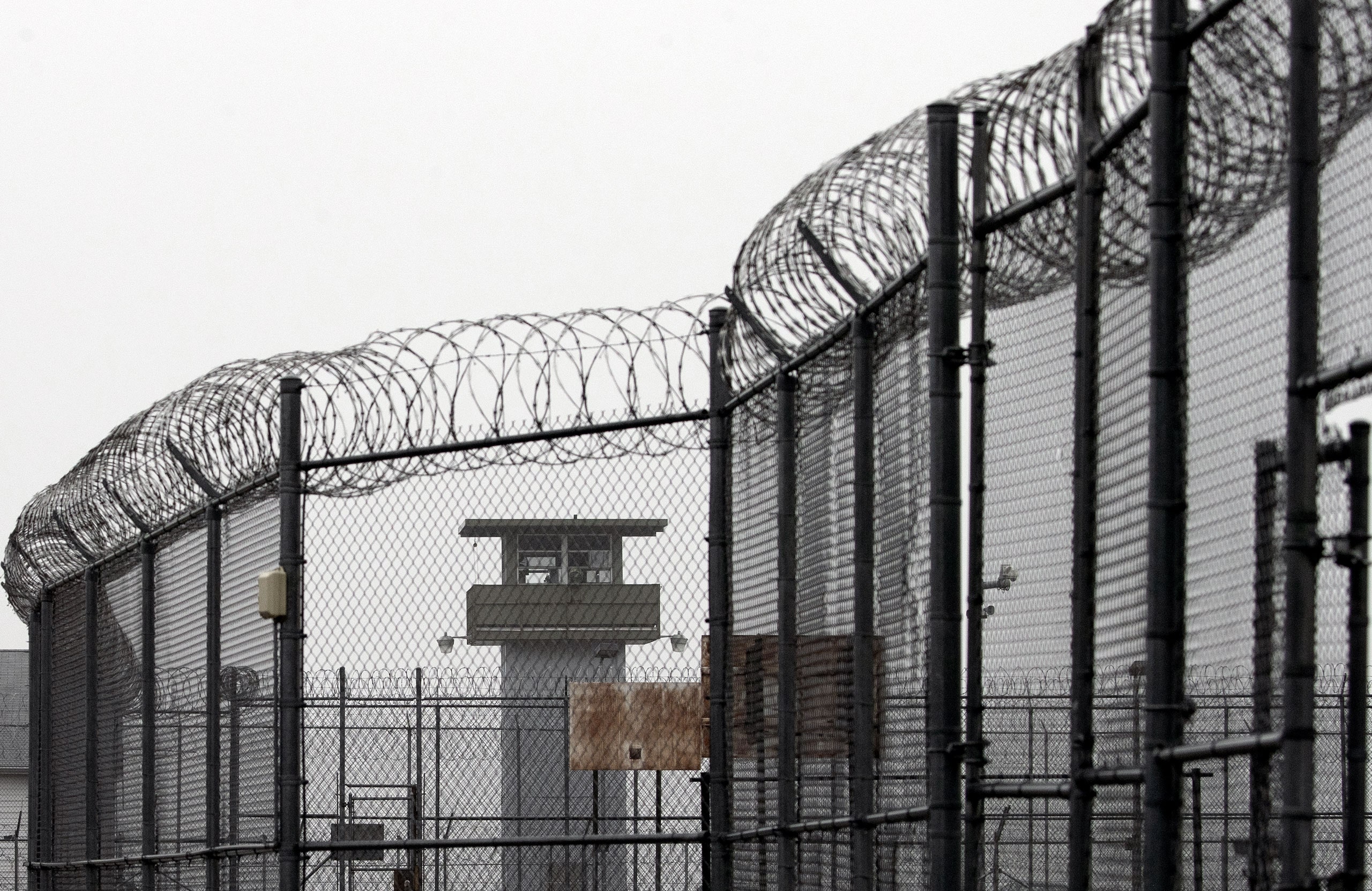 The debate over whether there should be mandatory minimum sentences misses the point. There are obviously crimes which should require a jail sentence, and crimes that should not. The problem is that given the discretion, too many liberal judges let too many criminals get away with too much, and this leads to extremely dangerous cities, which is bad in and of itself. But it’s also a primary driver of racial inequality, as poor people are forced to live in dangerous environments, and are victimized at extremely high rates, thanks to a revolving door criminal justice system.

Hey guys, what’s going on? I hope you’re having a good day. I want to talk to you real quick about mandatory minimum sentences, which have kind of become like the scapegoat for everything that’s wrong in the criminal justice system these days. And I gotta tell you, I think a lot of people are really missing the point and I’m going to just give you some background. I was actually a criminal prosecutor for about four years. I’m actually an alternate prosecutor in one municipality right now, but I’m also a criminal defense attorney. I have a public defender contract in another municipality. And so I’ve been on both sides of this. And I think a lot of people don’t really understand. A mandatory minimum, for those who are uninitiated here, just simply means that there are certain crimes for which the legislature has decided there of such severity that a judge can’t give less than a certain sentence.

Okay, now check this out. The criminal rights advocates can’t make up their mind on whether they want judges to have more discretion or whether they want sentencing guidelines. And this is kind of the irony because when you get rid of mandatory minimum sentences and all these judges just have as much discretion as they want, what happens is you’ll have courtrooms A, B, C, D, and E, and you’ll have a similar defendant each one, and they’ll get five different sentences. And then the criminal bar and the criminal rights advocates turn around and they say, “well, that’s inequality. That’s not fair. How come justice is randomly determined by which judge you get?” And I agree with them that justice should not be determined by what judge you get. And so these criminal rights advocates then turn around and say “we can’t have all this judicial discretion. We need sentencing guidelines!” Okay, fine. Then we create sentencing guidelines and you guys say, “well, wait a minute. Well, what the heck? Now we have all these people going to jail! We need more judicial discretion!” And so it just kind of goes in this like downward spiral when, unfortunately, so many people, what they really want is just fewer and fewer people being sentenced to jail, even when they deserve it.

And I look, I’m the first person who’s going to tell you that we have way too many people in jail, but the problem is not the system. The problem is too many people committing crimes. And so what we need to be doing okay, is addressing the underlying causes of crimes. You know: bad schools, a welfare system that kicks fathers out of the household, our jobs going overseas, drugs flowing into this country, and a revolving door criminal justice system that enables a criminal subculture. You know, we talk about racial inequality in this country. If that’s something we really care about, then we need to address one of the most obvious examples of racial inequality. And that is that, and I mentioned this in a previous video, that African-Americans usually have to live in neighborhoods that are very, very dangerous, where they are at a high risk of being victimized by crimes.

Well, why is that? Well, for one thing, because we have so many liberal judges who have just turned their courtrooms into a revolving door where criminals come in, they get their slap on the wrist and they go back out. The Star Ledger in New Jersey, ran an expose on Newark, for example, few years ago, more than 10 years ago. And they found out that the average homicide sentence in that county, or in that city I should say, was only about six years. And then everything else you can imagine, is just lower accordingly. You have so many of these areas, they’re just overrun with crime and everything’s getting put on the rocket docket. And the judges are just frankly too liberal. And they’re endangering the cities because of that. And so we need mandatory minimums.

Now, some people will say, okay, yeah, but you shouldn’t have it for like simply possessing marijuana. Well, no kidding. And we don’t, I mean, at the federal level, to have a mandatory minimum sentence impose on you for marijuana possession, you have to have a hundred kilograms. That’s 220 pounds. That’s not like personal use. And is it way lower for crack? Yeah, but even though crack is not really that much more dangerous as a drug than cocaine for whatever reason, the criminal activity around crack was. And if you look at the data and I can post some graphs about to show you this, when crack really hit our inner cities, man, the homicide rates just went through the roof, and it wasn’t until the Clinton crime bill came along, that it started imposing these mandatory minimum to start taking these crack dealers off the streets, that we really started seeing our homicide rates decline.

You know, people complain that these things put more people in jail. And that’s true. The problem is though, if you’re not putting the drug dealers in jail, if you’re not putting the people committing the crimes in jail, then they’re out in the street. It’s not like you’re eliminating crime. The crime is still happening. You’re just, you’re just choosing where that person gets to live, either in jail or on the street. And we look at our jails, it’s very easy to say, wow, “we have too many people there.” And especially when you have this racial imbalance, I get it. But why don’t you look at then also, if you don’t have criminals in jail, if you don’t have the crack dealers in jail, then they’re out on the street and they’re hurting other people. And we’ve already seen that.

It’s not like we just decided one day, “Hey, you know, things are going well, let’s impose mandatory minimums.” No, they were a reaction to just our, our cities becoming really unlivable during the eighties. Now, again, I’d like to see a situation where we have far fewer people in jail too, but that involves addressing the root causes of crime. Not simply just lowering the standards and making it easier for people to commit crime without consequence. That’s not the answer. So my suggestion for those of us who really care about racial inequality is look, let’s let’s address the bad schools. Let’s empower black parents to get their kids out of these failing schools. Let’s reform the welfare system so it stops kicking fathers out of the households. Let’s reform, frankly, our tax structure, so we can eliminate business taxes to stop all these jobs from going overseas so that people can get good jobs, and we can really start to revitalize these cities. Let’s refocus our military efforts away from the Middle East and onto Central and South America, working with those governments to combat the drug cartels that cause these drugs to flow into our country and in particular into our cities. And let’s put an end to this revolving door criminal justice system that enables frankly, bad people to terrorize the very minority communities that we’re trying to help.

All right. That’s my message for you guys today. I pray for all of you. I hope you guys are all blessed. I pray for a healing for this country and I pray for racial unity. Hug somebody, do something nice for other people. I’ll talk to you later. Have a great day guys.

of course they did, Democrats HATES GIVING OUT MONEY TO THOSE WHO REALLY NEED IT >for real man.

Dude, you look like freaking Satan. No trust in you here.

If my wife looked like a man I would wear a mask too weirdo freak!!

He gets it! Smart man!

I guess this means his "race card" will be revoked by the democrats?

Brave man. I’m sure he will get hell for speaking up.

Why is that shocking?

This is the sort of stuff we can stop wasting money on. Nobody should see their taxes raised as long as we have money to blow on totally frivolous things like this. … See MoreSee Less

NASA Just Successfully Touched Down on an Asteroid

Too bad it wasn't manned by Dems!

I agree. I have been fascinated with space travel since I was a kid. But in the grand scheme of it all, we can do without NASA.

Tell that to Nancy B. she sure know how to hurt Americans.

We pay trillions to have NASA make claims, then not substantiate any of them. Tyson claimed NASA developed the NiCad battery. Batteries were invented in the 19th Century, when there was no NASA. NASA has given the World nothing. They may have done great things, but we've never even heard of them.

2029 asteroid called apophis may hit the earth. We need to know how to zero in on them.

I wouldn't exactly call it frivolous. The exploration of space is a very important endeavor. But we should have a much more clearly articulated strategy that the people can support.

Looks to me that private space exploration will probably out. Do NASA anyway…

That's awesome, if true. They can find a way to keep armageddon from happening. Lol

Accomplishing nothing! It is a self perpetuating waste to keep themselves employed.

Who knows what knowledge or minerals are on it.

Spacex could do that for a third of the cost

That's cool. Do you know how far in tech we came to be able to do that? That is why they do that.

Your perspective is limited.

how did this improve the lives of Americans???

So leave outer space to the Russians and Chinese, then hope their intentions are good? 😂

How the hell can you view this achievement and come to that conclusion? These are the beginnings of mankinds' freedom from the planet as we move into space. It's as if you would tell Columbus not to waste his time sailing way the hell over there. I much rather spend money on this than fund $1.04 trillion per year on welfare.

Good job NASA!!!! We may need this experience to save the earth one day!!!!

Great, now we have a place where all the democrats who hate President Trump can go when he wins next month. Whoopie and company get packing.

Space travel is important. Our world is in need of help.

Disagreed, ConservativeOpinion.com
This is what spurs innovation and discovery.
For too long we’ve been made to look inward, and we’re in danger of atrophy.
Not solving anything here.