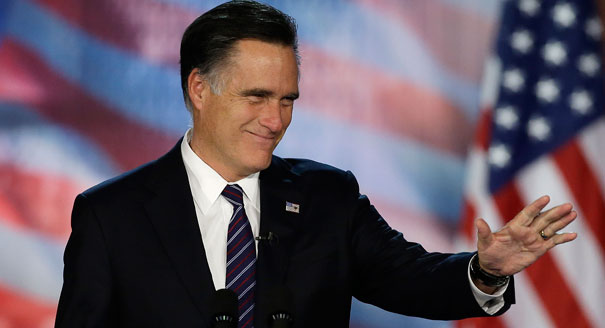 With eighteen months to go before the 2012 elections, Republicans are left to choose from a somewhat underwhelming slate of candidates.  Minnesota Governor Tim Pawlenty, Utah Governor John Huntsman, former Louisiana Governor Buddy Roemer, and former Speaker of the House Newt Gingrich, are all well-qualified, but are about as exciting as a file cabinet.  The candidate with the most star power might be Sarah Palin, but she evokes too many memories of Tina Fey’s Sarah Palin.  Michelle Bachmann has a lot going for her, but she seems more content to be seen as Queen of the Tea Party, rather than as a viable Presidential candidate.  And while Herman Cain, Ron Paul, and Rick Santorum all appeal to conservatives, they are perceived, fairly or not, as being about as electable as the guy who ran for Governor of New York on the Rent-Too-Damn-High ticket.

By the way, that guy’s also running for President as a Republican. Seriously.

And then there’s the presumed front-runner, straight from central casting, the former Governor of Massachusetts, Mitt Romney.  Of course, it is worth remembering that about eighteen months before the 2008 elections, the frontrunners were Rudy Giuliani and Hillary Clinton, so today’s polls are not dispositive.  But they do mean something, and knowing this, Romney has been doing his level best to market himself to conservatives, just as he had marketed himself to liberals when he successfully ran for Governor.

But which is the real Romney?  These days he tells his Republican audiences that he opposes abortions in all cases except for rape, incest, and when the life of the mother is threatened.  But when he ran for Governor in 2002, Romney said he “would protect the current pro-choice status quo in Massachusetts. No law would change. The choice to have an abortion is a deeply personal one. Women should be free to choose based on their own beliefs, not the government’s.” This echoed a previous statement he made in a 1994 debate against Ted Kennedy, when Romney said abortions should be “safe and legal.”

The flip-flopping doesn’t stop at abortion.  Today’s Romney claims to support the Second Amendment, but as a candidate for Governor he said he favored Massachusetts’ famously tough anti-gun laws, saying “We do have tough gun laws in Massachusetts; I support them. I won’t chip away at them.”  He says he opposes gay marriage and even civil unions, but in 1994 he sent a letter to the exclusively gay Log Cabin Republicans claiming he would be a stronger supporter of gay rights than Senator Kennedy.  He says he is against illegal immigration and amnesty for illegal aliens, but also that he would like to see illegal aliens apply for and receive citizenship.  He claims to be a fiscal conservative, but at one point he supported the Regional Greenhouse Gas Initiative, which was basically a state version of President Obama’s Cap and Trade tax, which itself is just a rebranded version of the BTU tax proposed by the eco-zealot extraordinaire Al Gore.

Without a doubt, however, Romney’s greatest liability as a candidate, at least in the Republican primary, remains his most significant achievement as Governor of Massachusetts: a giant, state-run universal healthcare system that has been such a complete failure that President Obama actually modeled his own disaster of a plan after it.

Supporters of Romneycare will point out that it only increased the state budget by one percent, while providing nearly universal health care coverage.  But what they don’t tell you is that the state budget was increased by so little only because all the costs were passed onto the consumers and health care providers.  The result is that not only have premiums continued to rise under Romneycare, they have actually risen faster under Romneycare than before, to the point that Massachusetts now has the highest family insurance premium cost in the nation, having jumped 40% from 2003 to 2008.

Worse, the price of insurance is not the only cost inflicted by Romneycare.  For one thing, the additional strain on the health care industry has resulted in intolerably long wait times to see a doctor.  A poll of 838 Massachusetts doctors found that the average wait to see a pediatrician is now twenty-four days, while the average wait to see an internist is now forty-eight days.  These wait times are more than twice as high than the national average.

Again, those are just averages, which means that some patients are actually waiting more than a month and a half to see a doctor, and when they do finally see him or her, the doctor cannot spend as much time with the patient.  It’s hard to believe such a thing could happen in America, but America is not immune to economic realities.  And the situation will only deteriorate from here.  Thanks to Romneycare’s insistence on passing costs to the private sector, a new report by the Massachusetts Medical Society has found that more than half of Massachusetts doctors are flat out refusing to see new patients.  Not surprisingly, because the people of Massachusetts now have much less access to doctors, emergency room visits in Massachusetts jumped by 9% between 2004 and 2008, even though use of emergency rooms as a primary care physician is precisely what Romneycare was supposed to eliminate!

This problem is not simply the result of Romneycare adding more people to the healthcare rolls.  The problem is that when someone is either not paying for their own care, or paying far less than market value because someone else is subsidizing them, they do little to limit the number of times they see a doctor, and the amount of medical resources they use. “To each according to his necessity” simply doesn’t work, because what a given person determines to be “necessary” is largely a result of what he can afford.  What we consider “necessities” are fewest when we have to pay for them ourselves, and expand greatly when they are free.

Understand that like Obamacare, Romneycare imposes an individual mandate, requiring younger, healthy persons who do not need insurance (and would save money by just paying out of pocket) to buy insurance anyway, in order to subsidize the less healthy population.  Romney has said “I like mandates.”  But the people don’t.  Neither do they like higher premiums, fewer choices among doctors, and intolerable waits.  It should come as no surprise then, that the deeply liberal state elected Republican Scott Brown to replace the late Ted Kennedy, when all Brown did was run on a single-issue platform of stopping President Obama from doing nationally what Mitt Romney did to Massachusetts.  Brown won the election, but Obama won the war.

It is somewhat appropriate that the Republican candidate most loathed by the Tea Party crowd was the former governor of Massachusetts.  After all, in the years leading up to the American Revolution, Massachusetts became the epicenter of American dissent.  Before the first shots were ever fired at the Massachusetts towns of Lexington and Concord, Boston witnessed the original Tea Party, the Boston Massacre, and riots related to news taxes and duties imposed under the Townsend Act.  At one point, in order to quell anti-government dissent, King George III sent a fifty-gun ship to Boston Harbor as a show of force, hoping that the mere appearance of crown authority would dispirit the rabble.  But instead of being demoralized, the revolutionaries turned their anger on that ship, symbol of the establishment that it was, to the point that the ship’s crew feared for their lives.  Consequently, the great ship, with all its fifty guns, was forced to sail away meekly retreating to a nearby fortress, apprehensive as the sailors were of these upstart revolutionaries, the men and women who history would someday record as the original Tea Partiers, with their refusal to submit to imperial authority and insistence on self-rule.

The name of that rebuffed ship, I kid you not, was the H.M.S. Romney.

Her and Nancy will.fight. they both want their way..😂😂

Joe will be so excited when they tell him. 😂

what joke. forgot she is from the fruit loop state

Where are the fact checkers?