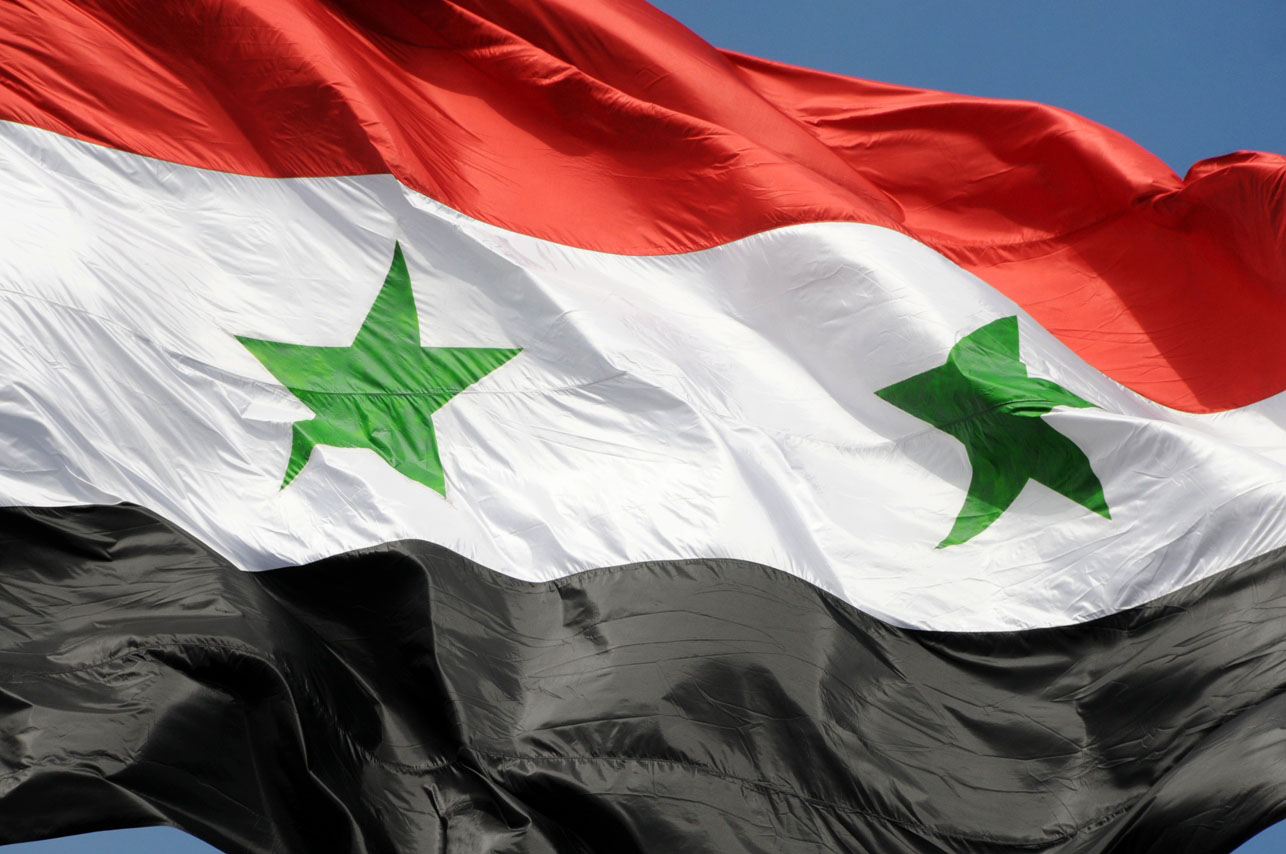 Have we not yet learned anything of the limits of American hegemony?  Even a cursory review of our post-Vietnam engagements in the Middle East shows a foreign policy almost entirely rooted in ineffectual militarism.  Starting in the 1980s, we armed the Mujahedeen rebels in Afghanistan (and thereby created Al Qaeda), had multiple encounters with Libya, supported Iraq against Iran, then attacked Iraq (Gulf War), involved ourselves in the Somali Civil War for no reason (“Blackhawk Down”), then Iraq II (Desert Fox), Afghanistan and Sudan (Operation “Distract from Lewinsky”), Afghanistan III, Iraq III, then we fumbled Egypt, attacked Yemen, Libya again, and found that the Muslim Brotherhood government we just backed in Egypt has collapsed into sectarian violence.

And now, because apparently we missed one, Syria must be bombed too.

Of course, for all this fighting, for all the bombs dropped and people killed, the Middle East is no more stable today, no more civilized, than it was thirty years ago.  Secularists align themselves with Islamic extremists who fight against insurgents who align themselves with extremist Islamists.  No matter which side we pick we always lose because both sides are basically the same side, at least with respect to their mutual disdain for the West and our notion of human rights.

Yet once again we find ourselves on the slow march to war with a barbaric Middle Eastern dictator of some tribal country that probably fewer than ten percent of Americans could find on a map.

Our computer guided fire and forget munitions are programmed and ready, the jets are fueled, the dictator du jour is posturing, and the talking heads over at CNN have just about completed their five minutes of Wikipedia research, they having finally broken away from their breathless around the clock coverage of Miley Cyrus.

All that remains is to find a reason to go.

We’re told that Syria’s Assad has committed all sorts of awful atrocities against his own people, which could be said for any number of other dictators in any number of other equally backwards countries.  We’re also told that in the process he used chemical weapons, which is somehow more evil than killing people with conventional weapons.

This, of course, is all pretextual.

This is a war in defense of internationalism, and while the Assad regime is the target, the real enemy is the very idea that American interests should control America’s direction.   It’s a war to redefine America’s place in the world, from autonomous nation governed by self-interest, to a servile member-nation subjugated to internationalism, much the way our individual states have lost much of their autonomy to the federal government.  How else to explain Obama’s attitude — both resigned and enthusiastic — that Syria’s violations of “international norms” (specifically the use of chemical weapons) practically compel America to act, whether we wish it or not?

This is why President Peace Prize has been so reluctant to consult Congress, and only agreed to do so after the British Parliament so strongly rebuked its own Prime Minister.  Congress represents the American people and American interests, so to consult Congress is to acknowledge that American interests should control American policy.  This is anathema for the Left (especially the academic Left), which for some time now has wished for little more than to reduce America from its elevated position as an autonomous superpower — responsible as it is for all the evils in the world from Christopher Columbus onward — and reassign its economic and military decision-making power to international governing bodies.

That is not to say that we are going to attack Syria at the behest of other nations.  Indeed, no other nation seems all that eager for us to do so.  That’s irrelevant.  This is not a war for other nations, it’s a war in furtherance of the international ideal: that world should be governed as a whole.

This represents an enormous leap toward the erosion of American autonomy, and a seismic shift on foreign policy.  Under the Truman Doctrine, rooted as it was in American self-interest, we controlled our destiny and made the world safer for ourselves.  Under the Obama Doctrine, rooted in American subordination to the greater god of international rule, the world through its various international bodies and laws controls our destiny for its own ends.

And this is what you get when you elect a self-described “citizen of the world” as your President.

In all likelihood, Congress will rebuke Obama — assuming, that is, that John Boehner comes out of hiding — as the Republican majority has long awaited the opportunity to rebuke him on anything, and they will have no shortage of support from the doves on the Left.  And even if we do go to war, we know the outcome already: a few missiles will hit a few targets, some innocent people will die, Assad will stay in power, and the next time he wants to kill his own people he’ll use conventional weapons only, because at least that doesn’t violate “international norms.”

And once we’ve seen a few days of those point-of-view videos taken from the cameras mounted in the tips of the missiles, then we can all return our attention to the ever-escalating arms race of look-at-me debauchery between Miley Cyrus and Lady Gaga.  Oh those two! 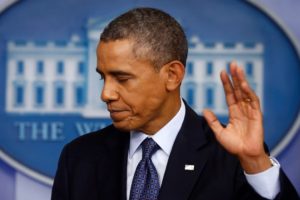 Lindsey Boylan, a former staffer to New York Gov. Andrew Cuomo, accused him of a pattern of sexual harassment in a Medium post on Wednesday, alleging that he made a series of “inappropriate gestures,” including repeated unwanted touching, asking her to play strip poker, and kissing her on the lips after a meeting. … See MoreSee Less

Andrew Cuomo Asked Former Staffer to Play Strip Poker and Once Kissed Her, She Says

He’s going down fast. Sinking like a dead weight in a stormy ⛈ sea. Same would happen to Murphy if some Dems had courage and honesty. They both restricted HCQ & forced C positive patients into nursing homes when there were still hospital beds open.

Leftists are the worst symptom of a dusfunctional ‘ruling class’ screwing up everything in America, and seemingly gleefully lying and blame-shifting every issue they are responsible for. Impeach Cuomo now!

Shocker….. standard operating procedure for a Democrat. Media silent. He's not a Republican, so he'll be re-elected.

Andrew, you really need to shape up. Stop pretending to be a great guy and be for real!

NY Slimes
All you Schumer lovers remember, he fathered a child out of wedlock and paid off the mother with “special”Senate slush fund !!

And the walls come tumbling down…..

Real shocker to hear this 🙄

I'm shocked ! no spin the bottle with your coworkers ?

His house of cards are crumbing.

He is a leftie. Nothing to see here. Move along.

This is the nature of the modern day Liberal Transgressive Democrats

I haven't seen this information on any of the msm sites……or did I just happen to miss it?🤡🤡

Yuck just the thought of this THING would give me the chills.

All women need to be heard. Right Andrew?

Not surprised at all

Wow…the left has knives out for Cuomo now that the election is over.

So way!!! He has pierced nipples and totally into dudes

Checked all major news media outlets. And not a peep of this. Cbs..cnn.abc..msnbc..fox… none

Will he havta give his Emmy back? 😂

Nail him to the wall’

And yet he'll be re-elected.

It’s just a little sexual harassment. Not like he’s being nominated by a Republican or anything…

Wonder how many of our homeless citizens could be housed in those camps?

Why are the cages closed up. I think they should be open so kids can be seen and watched.

More double standards, Biden has caused this mess on our boarder!

Same place TRUMP placed them they just are calling it another name.

Different excuse when the shoe is on the other foot………
"Kamala Harris Promises To "Release Children From Cages" At The 2020 Democratic Debate."

Is this called Bidenville?

It's all in the naming!🤣

Bars on window is a safety concern what if there is a fire? 😡

Funny how words get changed

Hey! Got a idea! We could shove bunches of illegals in those shipping containers,,,, AND SHIP THEM BACK!!!

New name. Instead of "kids in cages", one reporter questiong Pakistan, coined the time "kids in containers". She did not like that…🤣🤣

This is what Dictator Biden has caused. A couple of his stupid speeches and chaos ensues. ICE and Border Patrol are now overwhelmed thanks to his stupidity. Everyone said that Trump incited people, Biden has it all out of hand. If you place your hopes and dreams in Dictator Biden, you may as well forget it, whether you are an illegal alien, or an American citizen.

Eighteen state attorneys general pleaded with President Biden on Thursday, asking him to reverse a recent decision by Immigration and Customs Enforcement (ICE) to shelve an operation that targeted illegal immigrants with sex crime convictions.

Operation Talon was suspended late last month, after being operational for just a few weeks before the Trump administration vacated the White House.

"The cancellation of this program effectively broadcasts to the world that the United States is now a sanctuary jurisdiction for sexual predators," Missouri Attorney General Eric Schmitt said in a letter to Biden on Thursday. www.foxnews.com/politics/joe-biden-live-updates-2-19-2021 … See MoreSee Less

Where in the world is Joe coming from, why is he prompting needless distress on the country. Really strange decisions, perhaps the states affected can take
restraining actions to control a new flood of illegals.

This little Dictator has no interest in protecting Americans. His only interest is in pilfering our great country for his own personal benefit. He accepted over 145 million dollars in "dark money" when he was campaigning. That sets a new record in dark money contributions. Start the impeachment hearings now. He is a professional liar and a crook.

Joe does not make decisions folks. He's just a puppet. The deep evil left has taken over the country and shoving their effed up agenda down our throats.

Isn’t he required to listen to The People of America. 🇺🇸🇺🇸

He was probably on the ISLAND several times.

Let’s let the Democrats steal another election. It’s been great for our Country so far.

He doest want him or his cronies to get caught!

You shouldn’t have to beg a President to keep us safe and our children. Just needs to be impeached.

OMG! How can he do this. Many lives are at stake!
Thank you biden voters!

He just signs whatever they put in front of him.

Operations that target sexual predators tend to make the Biden’s pretty nervous for some reason.🤔

he wants a sodom gomorrah as badly as you do ! 🙁

How do you Biden voters support what this guy is doing?

Don’t you want our children protected?

He's a sick, sick man. As is his administration, and his handlers!

Hey Houston, if he doesn't get ready the migrants will be headed there. You don't really think they are going to stay at the border or go north do you??

Birds of a feather – guess they protect each other!

That's a no brainer. Oh. Nevermind.

“Oh man”, they are buddies of mine. Stupid.

Y not most his friends r child molesters. True but sad!

Decriminalizing child sex trafficking???
How is this good for anyone?

Another example of Democrats aiding CRIMINALS…this time, from across the Border!

They need to talk to Harris, Pelosi and donkey face about that. Biden is a puppet.

What else would we expect from our Pervert in Chief?