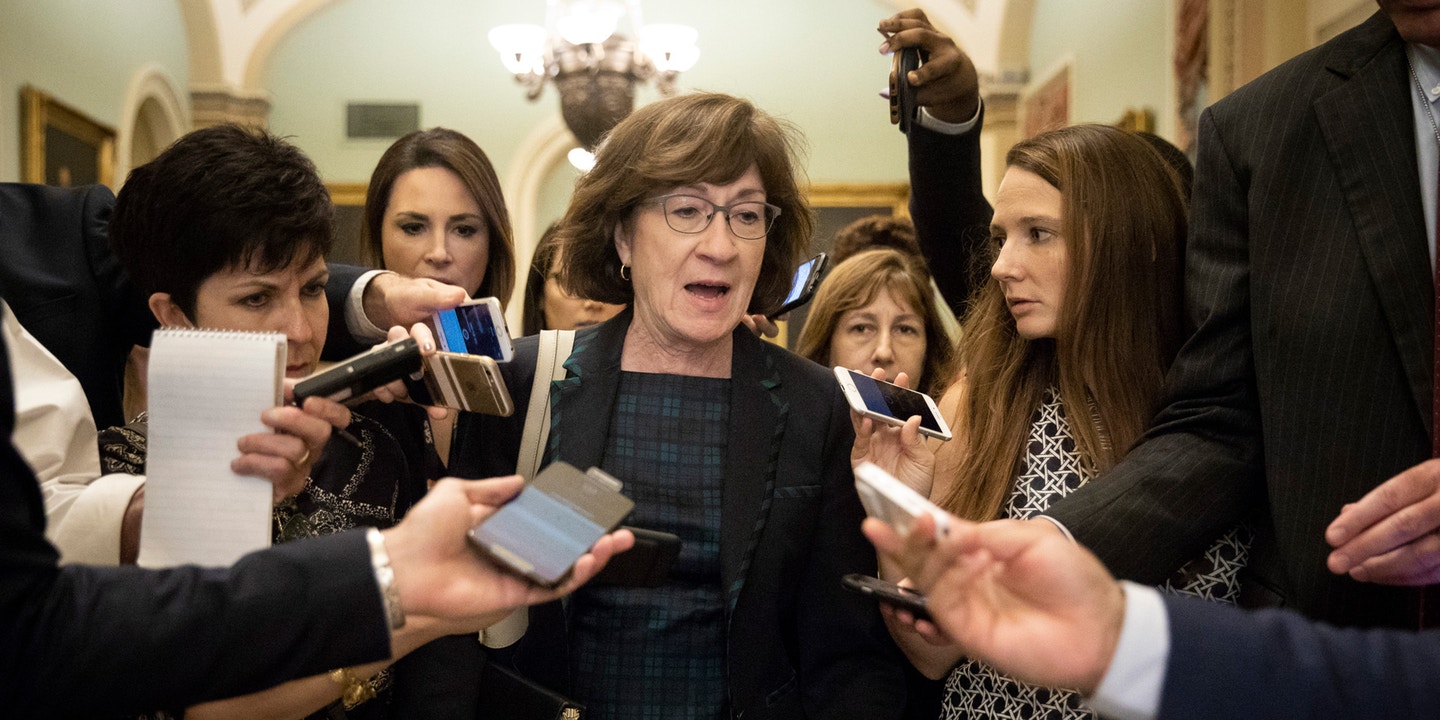 Thank God this Brett Kavanaugh fiasco is now behind us.

After weeks of hysterics, it seems especially fitting that a confirmation process, that somehow turned into a referendum on whether this country cares about women, ultimately hinged on the decision of one woman, who has now become the unlikely face, and victim, of misogyny.

But so it was that, in the end, Senator Susan Collins, of all people, saved the day for conservatives.

Considering how absurd that sentence sounds, it should give one pause.

Not that there is much pausing these days.  The Left has transitioned seamlessly from their preemptive meltdowns to the more predictable kind, walking out of classes, flipping out on the streets, disrupting Senate proceedings, and spitting hateful, misogynistic invective at Collins with all the tact of a child, having been denied her bottle, shrieking “I hate you!” at her parents from her crib.  But now, fully grown, they artfully add “cunt” and “bitch” and “whore” and “twat” to their remonstrations, along with demands that Collins “die,” the more painfully the better, so they can “piss on her grave,” all in the name of showing how much they love women.

Or perhaps they are simply trying to prove their own thesis that America is an unwelcoming, hostile, and violent place for women.  If so, they have met their enemy, and it is them.

Conservatives, meanwhile, having breathed their collective sigh of relief, now watch the Left’s group tantrum with all the solemnity of Philadelphia Eagles fans celebrating after winning the Super Bowl.  It’s both terrible and undeniable that sometimes the best part of winning is watching the other side’s inability to cope with losing.

But who really won?  Is the Kavanaugh appointment really the death knell for Roe v. Wade that those of us committed to ending human rights violations have been hoping for, or was it a masterstroke by Collins to preserve abortion rights for future generations?

In politics, everything is always about politics, and nothing is ever what it seems.  Historians for generations will ask why Collins decided to support Kavanaugh.  They would do well to observe that the cynical answer is usually the right one in Washington, and the cynical answer is that Collins knew if Kavanaugh’s nomination failed, Amy Coney Barrett, or some other ultra-pro-life crusader was waiting in the wings.  Roe’s days would certainly be numbered, a result that the immensely pro-abortion Collins – she was one of only three senators to oppose the Partial Birth Abortion Act, and NARAL Pro-Choice America gave her an approval score of 90% – was not willing to risk.

Seemingly missed by all in Collins’s almost interminable speech (it probably gave whoever wrote it carpel tunnel syndrome) in which she announced, somewhere in there, her intention to support Kavanaugh’s nomination, was that Collins made it clear that her decision was strongly, if not dispositively, influenced by assurances he gave to her that he would uphold Roe:

“I met with Judge Kavanaugh for more than two hours in my office… And I talked with Judge Kavanaugh a second time by phone for another hour to ask him very specific additional questions…. There has also been considerable focus on the future of abortion rights based on the concern that Judge Kavanaugh would seek to overturn Roe v. Wade. Protecting this right is important to me… As the judge asserted to me, a long-established precedent is not something to be trimmed, narrowed, discarded or overlooked… Noting that Roe v. Wade was decided 35 years ago and reaffirmed 19 years later in Planned Parenthood v. Casey, I asked Judge Kavanaugh whether the passage of time is relevant to following precedent. He said decisions become part of our legal framework with the passage of time and that honoring precedent is essential to maintaining public confidence… Finally, in his testimony he noted repeatedly that Roe had been upheld by Planned Parenthood v. Casey, describing it as precedent on precedent. When I asked him would it be sufficient to overturn a long-established precedent if five current justices believed that it was wrongly decided, he emphatically said ‘No’.”

And there you have it.

Collins went on to note that she had “asked the judge point blank whether he had made any commitments or pledges to anyone at the White House, to the Federalist Society or any outside group on how he would decide cases. He unequivocally assured me he had not.”

Yeah, except to her.

At what point in the confirmation process Kavanaugh finally assuaged her concerns will likely never be known.  Perhaps he made these assurances from the beginning, and perhaps, knowing he needed her support as the process unraveled and his confirmation came under doubt later on, he bargained this position in order to secure her support.

Either way, this development should really come as no surprise.  Kavanaugh’s record to date is one that demonstrates an adherence to precedent, even that which he might not especially approve of on a personal level.  It is almost entirely devoid of anything that should give pro-lifers much reason for optimism, beyond the unremarkable position he took in the Azar v. Garcia case, that illegal alien children in federal custody do not have a constitutional entitlement to an abortion (a decision that was later reversed).  He may be a conservative, but he does not seem to be a conservative crusader.  He’s someone who voted the same way as Merrick Garland ninety-three percent of the time (they sit on the same D.C. Circuit Court of Appeals), and when Kavanaugh authored a majority opinion, Garland joined him ninety-six percent of the time.  That strong of a correlation cannot be attributed to coincidence.

Perhaps I am mistaken.  I do believe Kavanaugh will make a fine justice, that his vote will be a deciding one in preserving many of our rights and liberties, and perhaps he will become the vote we need to finally end the abortion atrocity.  But as a Republican, my natural disposition is to expect little and therefore never be disappointed, and I am prepared to be disappointed with how Kavanaugh ultimately handles Roe, especially when one of the most pro-abortion members of the Senate tells me that he’s the kind of conservative that she can support.

I’ll be happy to be wrong. 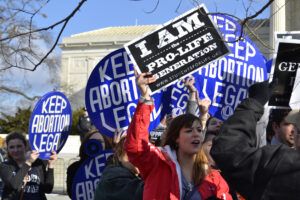 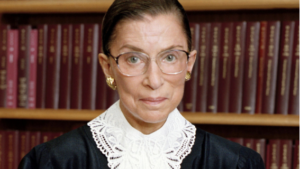 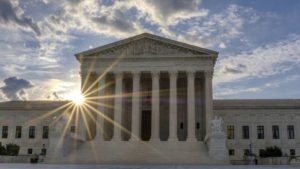