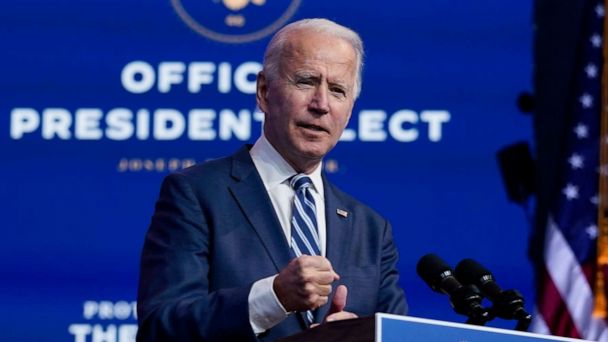 Joe Biden may mean well, but for as much as he promises to bring us together, his policies may drive us further apart, because his answer to everything is more government at the federal level, which is the worst place from which to govern a nation as diverse as ours, because it causes us to forever have to either create compromise positions that are uniformly dissatisfactory, or choose which side wins and which side loses.

“Hey guys, I hope you’re doing well. I just want to talk to you very briefly about this idea that Joe Biden is going to bring us together as a country, because this has been one of the prevailing themes of his campaign. I see it in all of his TV commercials and people mention it a lot that Trump is so divisive and Biden will bring us together. Now, a few things about that. First of all, I’m not here to impugn Biden’s character. If you want to tell me he’s a good guy and he’s got a good heart and everything, fine. I accept that. And if you want to say that Trump is deliberately divisive at times, I have a hard time disagreeing with that because he certainly is.

But this idea that Joe Biden is going to bring us together is totally flawed. And actually, I think he’s going to make the situation worse. And the reason is because all of his ideas are built around the federal government doing more. Take more autonomy and more money away from what would normally be state initiatives and have the federal government pass more laws and try to solve more problems. And this is the best way to cause division because we’re a very, very diverse country. And in every way, I don’t just mean ethnically, but certainly ethnically, culturally, politically, economically, religiously, even geographically. And the problem is when you try to reconcile all of these differences at the federal level, you’re going to create dissatisfaction because you have to do one of two things. Either you create this giant compromise, this sort of one size fits all government that fits nobody, in which case everybody’s dissatisfied. Or you just pick winners and losers. We’re going to side with this group over here against that group, which is just what’s causing the division in the first place.

In a federalist system of government, if you have a conservative president and a conservative Congress that actually says, “No, Washington should do less and the states should do more. And even the States should do less. And the counties and municipalities should do more”, then you start keeping those cultural and political differences to a minimum because people tend to live around other people who agree with them more. When you have local rule, as opposed to national rule, you tend to get a government that you want, right? And even when you don’t quite get everything you want, the things you don’t get tend not to bother you as much. That’s the beauty of federalism, that when your government is more limited to the people immediately around you, not only do you have more influence as a person, but you tend to be a lot less different than them. And that’s not saying there’s anything wrong with differences. But that is to say that those differences are real, especially differences of values. And that you’re not going to bring people together by forcing them into this one giant government. You’re not going to bring them together by having all these big government programs that either make none of them happy because of all the compromise, or create winners and losers.

The best way actually to bring us together as a country is to politically keep us apart. Let California rule the way California wants to rule. Let South Carolina do a different thing. Even within the states, let certain areas do what they want and other areas do what they want. And obviously there have to be broad, overarching principles that govern us all, which is why we have a Bill of Rights, which is why we have civil rights acts and things like that. But when everything starts to become federalized, you create a lot of dissatisfaction, and you turn what should be a good thing, which is diversity of lots of things, including diversity of thought, into fault lines between us.

So again, I’m not here to impugn Joe Biden as a human being. If you want to tell me he’s a good guy, fine. I don’t have difficulty believing that. I do think by the way, the radicals in his party are going to have a lot more influence than he wants to admit. But forgetting even that, just the idea that you bring the country together, by forcing us into these giant compromises or forcing us into laws that decide between winners and losers is completely wrong. The best way to bring us together is through federalism, which politically keeps us apart. And it’s not a coincidence by the way, that the country was founded that way, because in order to get all of these states to join a union, they had to promise a very limited form of national government. Well, it makes sense then that in order for everybody in this country, all the different groups in this country to be satisfied with this union, we should follow the same paradigm and that to do otherwise actually will not have the effect to bring us together, but have the effect of actually making things worse.

All right guys, that’s my message for you today. Enjoy the debates, have a great night tonight and as always, be great representatives of conservatism and the conservative movement. Thanks for everything guys. Take care.”