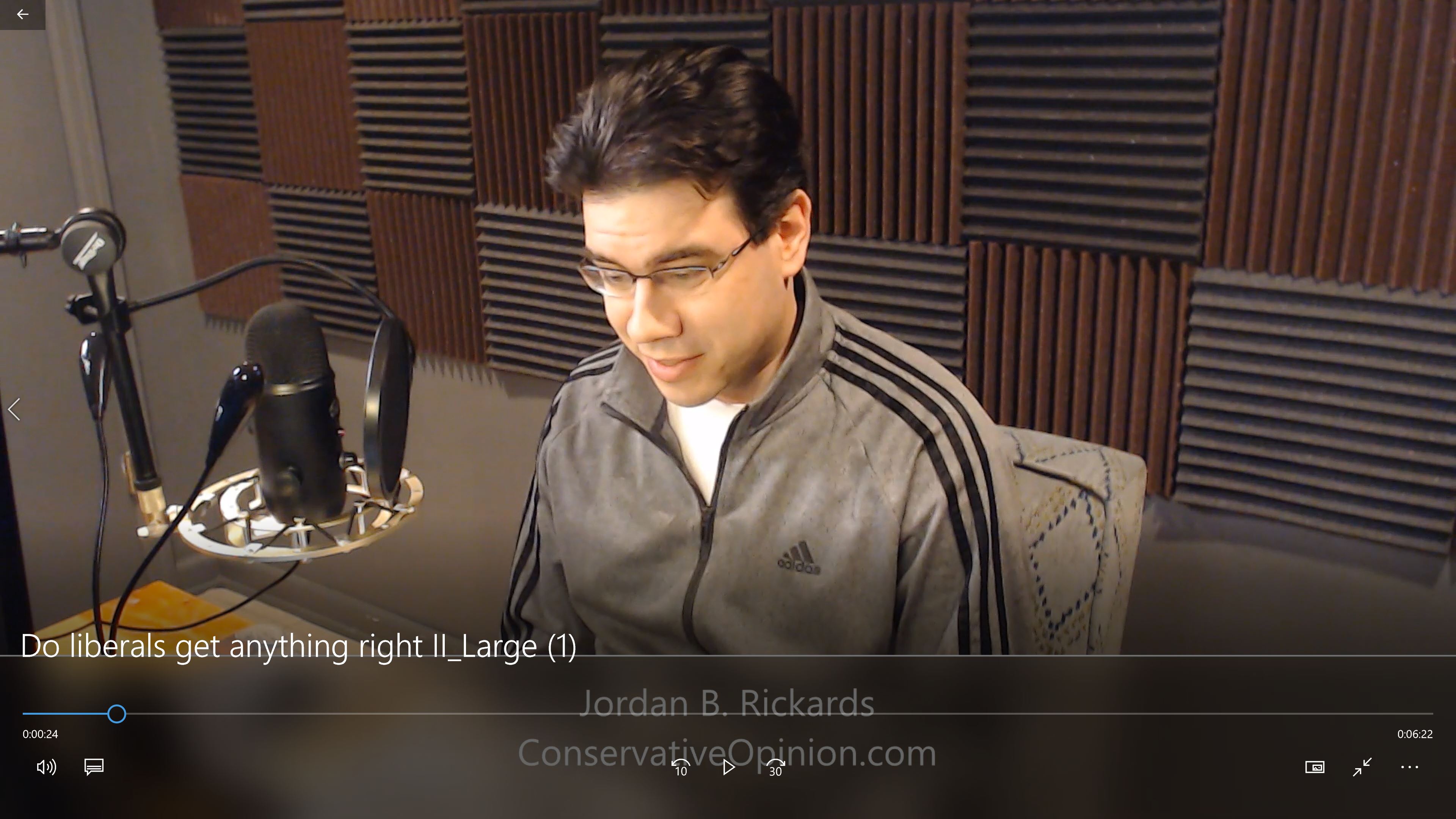 Today’s question, do liberals ever get anything right?

And my short answer is actually yes.

I’m not going to say liberals never have any good ideas and nothing they ever do works out. Where I would say I think I agree with them is that totally unfettered capitalism does cause problems. And I don’t mean wealth inequality or anything like that, because frankly I don’t think wealth should be equal. The more productive you are, the more wealthy you should be. That’s fine. Why should wealth be equal anymore so than grades? But there are sometimes collateral consequences to third parties that nobody thinks about in capitalism. So for example, the Milton Friedman type of capitalists — and Milton Friedman is I think the greatest economist of all time — But he would say, look, you know, the government has no place regulating car safety standards, that if people want to buy a car that doesn’t have seatbelts or an airbag or whatever, and they want to take that risk and they get the benefit of spending less money, that’s fine.

And if the market wants seatbelts, then car manufacturers will produce cars with seatbelts and the people who want seatbelts can have them. And the people who don’t want seatbelts can save money and not have them and it all works itself out. And you know, there’s something to be said for that. I mean, I understand you’re assuming your own risk and yes, if you’re hurt in an accident your family members will be hurt also. But you have kind of a smaller blast radius there. The harm does not really go beyond your family.  Okay.  So, ok, maybe you have the right to assume that risk if you want. And Friedman would also point out, and it’s also true, that car manufacturers were making progressively safer cars before the federal government started regulating safety standards.  So in that instance you might say, well, you know, people can assume their own risk, who cares? Because there’s not a lot of third party harm there.

Here’s the problem: Where capitalism begins to fall short is that in a system based on voluntary exchange, it tends not to concern itself with people who are not part of that exchange. And I don’t mean that one person gets rich at the expense of another person getting poor.  That’s just not how it works.  But rather, the problem is that A can buy a product from B, who in making the product harms C, and A won’t care that much.  So if you’re to buy a product from a company that makes the product with a factory that puts pollution into the air, that causes an acid rain cloud over some unrelated community hundreds of miles away, you’re probably not going to stop buying the product because of that. Maybe some especially conscientious shoppers would, but then again, at what cost?  Prices tend to incentivize things.  The point is that if the company does something that harms you or that’s inadequate for your purposes, you’ll probably stop buying the product, and that incentivizes the producer to create a less harmful product. But  you’re much less likely to stop buying that product if it’s causing a third party harm, and that’s where liberals are right that the government has to step in and create regulations that say, wait a minute, these people over here who were not part of that transaction — who therefore are unable to affect what’s happening because their money is not involved — these people are being harmed and the government has to protect them because the system doesn’t.  And that’s, that’s generally a policy I think more associated with the left, although I think most Republicans would agree with it.

Now, where the liberals begin to go off the rails, by the way, is when they take that argument too far and get into this eco zealotry that turns environmentalism into a religion really to justify more centralized government, more centralized control, and a total destruction and remaking of the economy in a way that the left to see best, which is to say, an economy based on equality where nobody is able to get ahead, and production and investment are disincentivized.  And of course, in order to do that, they’re always claiming these terribly apocalyptic results. Like this poor Alexandra Ocasio Cortez girl who’s so in over her head, and I think she very much has become convinced that the world is doomed to end within 10 years unless we completely reverse all of the gains made during the industrial revolution, which would course, cause far more harm than good. So I’m not saying that liberalism is right about much, but I think it’s wrong to say that it’s been wrong about everything.  Just almost everything.”