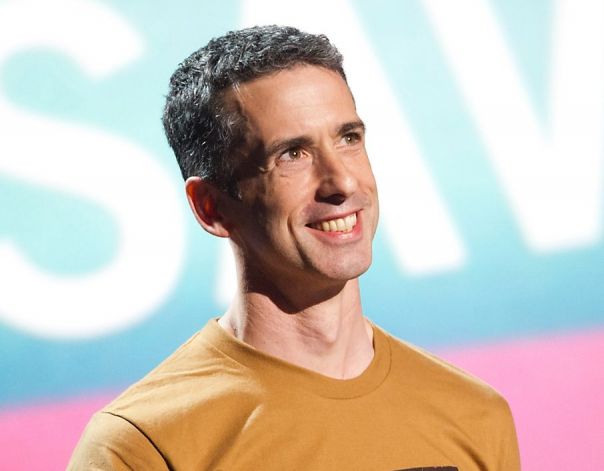 At a recent presentation to a captive audience of public school students, activist Dan Savage engaged in a bigoted anti-Christian tirade during the course of which he called the Christian children in the audience “pansy assed.” He also repeatedly referred to the Bible as “bull shit,” and misrepresented basic biblical theology to assert that the Bible supports slavery and the stoning of women for sexual dalliances. He also intimated that the Republican Party may seek to amend state constitutions to “make it legal to stone women to death on their wedding nights if they’re not virgins,” and made the bizarre claim that the very existence of the Bible is somehow causing people to be murdered.

Savage is the founder of the “It Gets Better” campaign, a project which serves to combat the bullying of gay youngsters, in particular in school environments. Apparently Mr. Savage, in addition to having no sense of decorum, also has no sense of the ironic, failing as he did to appreciate the hypocrisy of an anti-bullying activist bullying a bunch of children, preaching against hate speech by using hate speech, and asking for tolerance while demonstrating an astonishing degree of intolerance — heck, naked hostility — toward others.  Also lost on him was the utter ridiculousness of a gay activist using a homophobic epithet (“pansy assed”) to refer to people he perceived to be heterosexual.

It goes without saying that Savage should not be considered representative of liberals in general, nor of the gay movement specifically, the great bulk of whom would quickly distance themselves from such a flagrant display of bigotry. That does not mean, however, that the Left is immune from any criticisms stemming from Savage’s speech. First, it is worth considering that had Mr. Savage praised the Bible instead of totally desecrating it, the Left would be up in arms calling it a violation of church and state to have brought the subject of God into a public school. But the Left has no problem with having the Bible in schools for the limited purpose of it being derided.

Secondly, while Savage does not speak for all, or even most liberals, he does speak for a certain small but noisy sub-segment of the Left that demands to be treated with tolerance without reciprocating it, as though being a self-identified victim gives one license to victimize others. It’s the same group that tells us that protesting against George Bush was the pinnacle of patriotism, while protesting against Barack Obama is necessarily racist. It’s the group that tells us we must not offend America’s tiny atheist population with such insufferable effronteries as the Ten Commandments, Nativity scenes, and the word “God,” but it’s perfectly proper for public funds to finance artwork that depicts Jesus in a jar of urine, or the Virgin Mary smeared with feces. It’s the group that trumpets the right to free speech, but wants to silence the voices of all dissenters.

And what better way to silence dissent than to vilify any who would dare?  During his speech, Savage claimed that people are presently being murdered because Christians “can’t get past this one last thing in the Bible about homosexuality,” even though this claim does not stand up to the least bit of scrutiny. Of course, had Savage rightly said that people are dying because a segment of the Islamic population can’t get past some of the more alarming tenants of the Koran, that would’ve brought universal condemnation from the Left. So while liberals are not responsible for Savage’s remarks, per se, it cannot be denied that liberals have cultivated an environment in which Christians and Jews are fair targets for scorn. This emboldens people like Savage to spit their anti-Christian and anti-Semitic venom at the Judeo-Christian majority, whose very existence is anathema to the radical Left.

Savage is precisely what he pretends to crusade against, and this does not require a great deal of psychoanalysis. He is a bully, plain and simple. Like most bullies, he is mean-spirited and boorish, as demonstrated by his repeated use of profanity, scatological references, and ad hominem attacks during his presentation, seeking as he was to intimidate and alienate children through name calling and public humiliation. And like most bullies, he is at heart a coward, picking on those who are smaller, younger, and weaker than he, none of whom ever did him any harm.  Pray for him.

Without law and order there is no society worth living in!