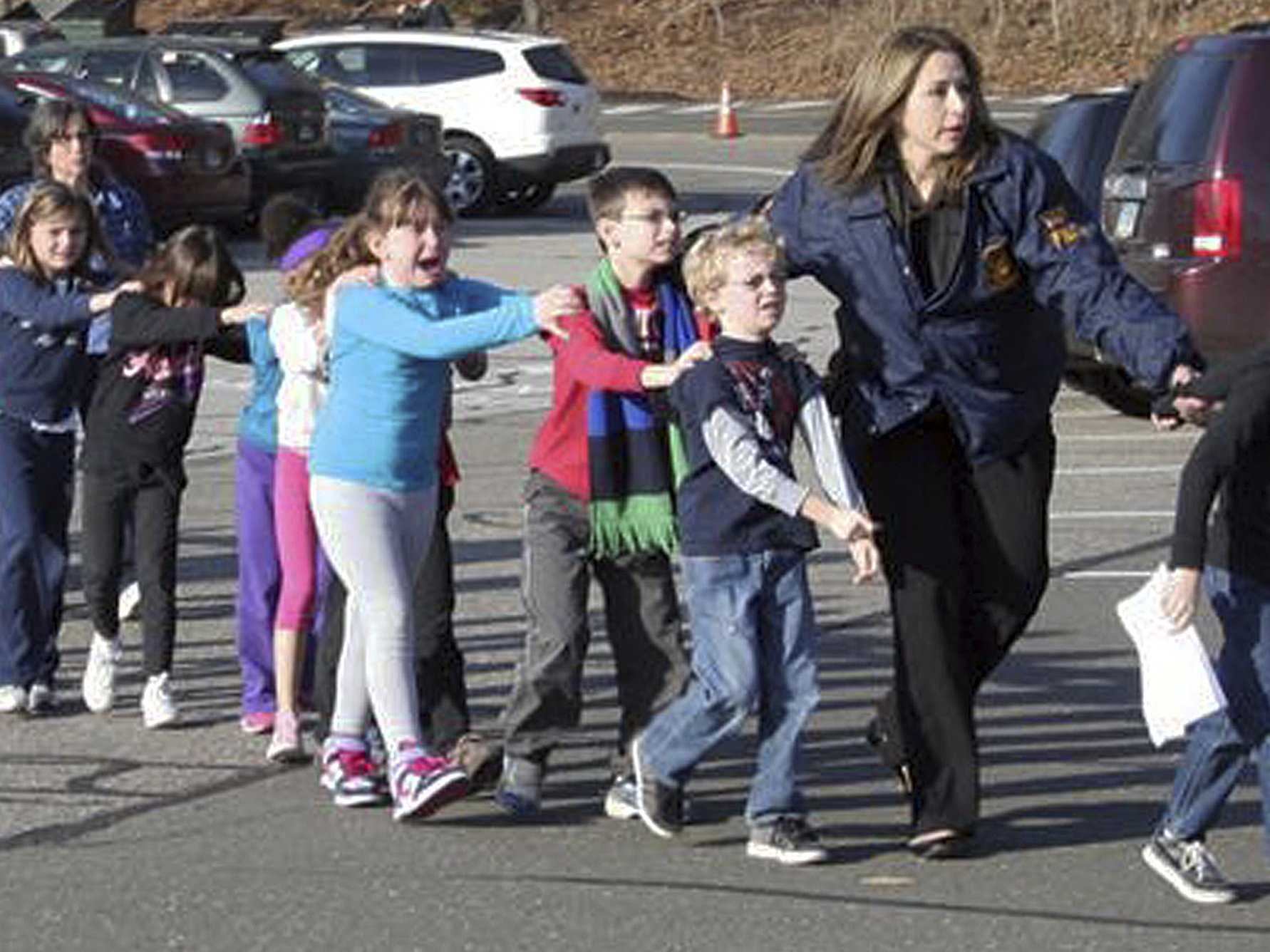 I believe in the right to own a gun.  As a conservative, I believe in a right to be able to defend myself and my home, and I believe that right is all the more necessary in today’s America.  As a skeptic, I doubt that an outright ban on firearms would accomplish much more than to disarm the law-abiding people who we don’t have to worry about in the first place.  And as a freedom loving person, while I certainly don’t believe in armed insurrection, I do confess discomfort with the idea of a world where the government controls all the weapons.

But I can’t avoid how I feel right now in the wake of the school shooting in Connecticut.  I feel angry.  I don’t remember feeling this way after Columbine, or Virginia Tech, or the Aurora Colorado movie theatre shootings.  I remember being sad and dejected, but not angry.

When tragedies happen, it’s natural to look to somebody to blame, and groups like the N.R.A. are always the first and easiest targets.  I’ve defended them in the past.  After all, you don’t see N.R.A. members committing massacres. That’s because, in addition to being obsessed about guns, they’re also obsessed with gun safety and education to ensure that guns are used in a responsible way, so that the right to own them is not compromised.

But in their seemingly reflexive opposition to even the most reasonable and common sense regulations, they fail to consider that maybe America as a whole is simply not capable of responsible gun ownership within the framework of the current regulatory scheme.  Or perhaps I should say, “no longer capable.”

Conservatives receive a lot of criticism for wanting to “take us back to the 1950’s.” That might not be a bad idea. I’m not talking about rolling back civil rights, or technological advances. I’m simply stating the obvious, which is that a lot of the problems we have today didn’t exist back then.  Families were intact.  Drug use was comparatively rare.  Cities were livable.  Violent crime was a fraction of what it is today.  Schools didn’t get shot up.

See, the problem in America is not the occasional mass shooting.  That’s just a symptom, the most salient manifestation of a culture that has become entirely debauched.  We don’t treat each other humanely because we don’t see each other as humans, our selfish, sex and violence-obsessed culture having conditioned us to see others as nothing more than targets of, and obstacles to our own gratification.

I don’t like the idea of trading liberty for safety.  I don’t want to empower the government to regulate speech in the name of sanitizing the media, or to tap my phone, or read my email, or effect any other kind of warrantless searches in the name of keeping us safe.  And I don’t want to forfeit my right to own a gun.  I’m not advocating that we do any of that.  But if we don’t address our comprehensive cultural decay and do so now, and demonstrate that as a nation we will not abuse the freedoms that we have been given, then all of those liberties will be in jeopardy.  We saw an inkling of this impetus after 9-11.  We’ll see more of it soon.  Unless, that is, we begin to recognize where we went wrong and work to rebuild what we were once so eager to destroy.  And if we do that, we’ll not only preserve our liberties, we’ll solve a lot of other problems along the way. 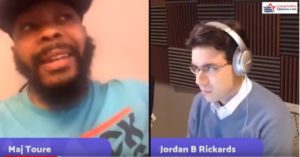 Lindsey Boylan, a former staffer to New York Gov. Andrew Cuomo, accused him of a pattern of sexual harassment in a Medium post on Wednesday, alleging that he made a series of “inappropriate gestures,” including repeated unwanted touching, asking her to play strip poker, and kissing her on the lips after a meeting. … See MoreSee Less

Andrew Cuomo Asked Former Staffer to Play Strip Poker and Once Kissed Her, She Says

I’m sick and tired of hearing about “crimes” when NOTHING is done. Just ONE arrest of one of these politicians would help restore a LITTLE BIT of faith in the system. Yeah, right, keep dreaming, huh?

He’s going down fast. Sinking like a dead weight in a stormy ⛈ sea. Same would happen to Murphy if some Dems had courage and honesty. They both restricted HCQ & forced C positive patients into nursing homes when there were still hospital beds open.

Leftists are the worst symptom of a dusfunctional ‘ruling class’ screwing up everything in America, and seemingly gleefully lying and blame-shifting every issue they are responsible for. Impeach Cuomo now!

Shocker….. standard operating procedure for a Democrat. Media silent. He's not a Republican, so he'll be re-elected.

Andrew, you really need to shape up. Stop pretending to be a great guy and be for real!

NY Slimes
All you Schumer lovers remember, he fathered a child out of wedlock and paid off the mother with “special”Senate slush fund !!

Bleckkkkk…. can barely look at that face, much less, ughhhhhh!

And the walls come tumbling down…..

Real shocker to hear this 🙄

I'm shocked ! no spin the bottle with your coworkers ?

I haven't seen this information on any of the msm sites……or did I just happen to miss it?🤡🤡

His house of cards are crumbing.

Maybe he wanted her to compliment him on his nipple rings. He’s Elliott Spitzer Part II.

He is a leftie. Nothing to see here. Move along.

This is the nature of the modern day Liberal Transgressive Democrats

Yuck just the thought of this THING would give me the chills.

All women need to be heard. Right Andrew?

Not surprised at all

So way!!! He has pierced nipples and totally into dudes

Wow…the left has knives out for Cuomo now that the election is over.

Checked all major news media outlets. And not a peep of this. Cbs..cnn.abc..msnbc..fox… none

Will he havta give his Emmy back? 😂

Wonder how many of our homeless citizens could be housed in those camps?

Why are the cages closed up. I think they should be open so kids can be seen and watched.

More double standards, Biden has caused this mess on our boarder!

Same place TRUMP placed them they just are calling it another name.

Different excuse when the shoe is on the other foot………
"Kamala Harris Promises To "Release Children From Cages" At The 2020 Democratic Debate."

Is this called Bidenville?

It's all in the naming!🤣

Bars on window is a safety concern what if there is a fire? 😡

Can’t make this shit up 😂

Funny how words get changed

Hey! Got a idea! We could shove bunches of illegals in those shipping containers,,,, AND SHIP THEM BACK!!!

New name. Instead of "kids in cages", one reporter questiong Pakistan, coined the time "kids in containers". She did not like that…🤣🤣

Eighteen state attorneys general pleaded with President Biden on Thursday, asking him to reverse a recent decision by Immigration and Customs Enforcement (ICE) to shelve an operation that targeted illegal immigrants with sex crime convictions.

Operation Talon was suspended late last month, after being operational for just a few weeks before the Trump administration vacated the White House.

"The cancellation of this program effectively broadcasts to the world that the United States is now a sanctuary jurisdiction for sexual predators," Missouri Attorney General Eric Schmitt said in a letter to Biden on Thursday. www.foxnews.com/politics/joe-biden-live-updates-2-19-2021 … See MoreSee Less

Where in the world is Joe coming from, why is he prompting needless distress on the country. Really strange decisions, perhaps the states affected can take
restraining actions to control a new flood of illegals.

This little Dictator has no interest in protecting Americans. His only interest is in pilfering our great country for his own personal benefit. He accepted over 145 million dollars in "dark money" when he was campaigning. That sets a new record in dark money contributions. Start the impeachment hearings now. He is a professional liar and a crook.

Joe does not make decisions folks. He's just a puppet. The deep evil left has taken over the country and shoving their effed up agenda down our throats.

He doest want him or his cronies to get caught!

Let’s let the Democrats steal another election. It’s been great for our Country so far.

He's a sick, sick man. As is his administration, and his handlers!

Isn’t he required to listen to The People of America. 🇺🇸🇺🇸

Birds of a feather – guess they protect each other!

He was probably on the ISLAND several times.

You shouldn’t have to beg a President to keep us safe and our children. Just needs to be impeached.

OMG! How can he do this. Many lives are at stake!
Thank you biden voters!

He just signs whatever they put in front of him.

Operations that target sexual predators tend to make the Biden’s pretty nervous for some reason.🤔

he wants a sodom gomorrah as badly as you do ! 🙁

How do you Biden voters support what this guy is doing?

Don’t you want our children protected?

Hey Houston, if he doesn't get ready the migrants will be headed there. You don't really think they are going to stay at the border or go north do you??

That's a no brainer. Oh. Nevermind.

“Oh man”, they are buddies of mine. Stupid.

Y not most his friends r child molesters. True but sad!

Decriminalizing child sex trafficking???
How is this good for anyone?

Another example of Democrats aiding CRIMINALS…this time, from across the Border!

They need to talk to Harris, Pelosi and donkey face about that. Biden is a puppet.

What else would we expect from our Pervert in Chief?