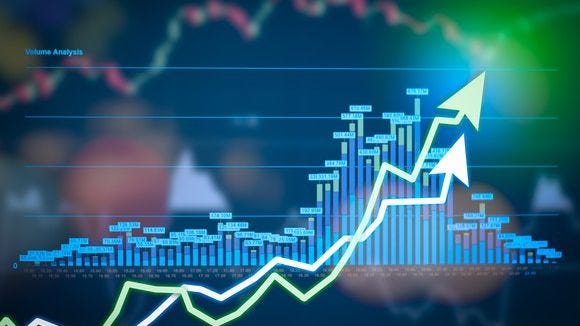 Hey everybody happy Sunday. This is Jordan here. I’m the editor at Conservativeopinion.com. I just want to talk very briefly about why the stock market is skyrocketing the way it is and why I think it’s going to continue to do so. I just need to state at the outset, this disclaimer whenever we talk about money, which is that I’m not a financial advisor and any investment decisions you make are your own. However, I don’t think you really need to be a financial advisor to figure this one out. And it’s pretty obvious: prior to the pandemic hitting stocks were all at record levels, right? I mean, the stock market was just, just rolling and it was constantly setting new highs and things like that, and then the pandemic hit. And it’s not just that the pandemic cause a drawback. Okay. That’s one thing, but it also caused a counter reaction.

We didn’t know how bad the pandemic would be. We didn’t know how bad the virus would be. And so we kind of planned and created policy based on these worst case scenarios. We were trying to stave off the next great depression. And so we pumped like $3 trillion of government money into the economy, whether it’s printed or borrowed, you know, low interest rates, things like that. Well, that’s all well and good, but now it turns out the pandemic was not nearly as bad as the worst case scenarios, but we have all this money that came into the economy for worst case scenario. And it has nowhere else to go.

It’s like, if we saw there was a sink hole and we just didn’t know how deep it was. And so we ordered like 10 dump trucks of dirt to fill it in. And they all dumped their dirt at the same time. But then once they did that, we realized, Oh no, we only needed like two dump trucks worth.

And so now what do you have? You have this giant pile of dirt on top of the ground when all you were trying to create was a level field.

Well, now it’s the same thing with the stock market. We’ve just dumped so much money into the economy and it needs somewhere to go because things just weren’t as bad as they could have been. And where’s it going to go? Well, it can’t go into a savings account, right? Because the yield is too low. Same thing with bonds. So it’s going back into equities.

Now, that’s to say a few things: first of all, I think it’s not a fluke. I think that the stock market is not only going to return to its previous highs, in fact, the NASDAQ already hit it. It’s going to really well exceed it because you just have an extra $3 trillion lying around. Okay.

Secondly, I think this portends very well for President Trump going into the election and there are a few other things he has going for him, not the least of which is just this historically poor opponent of his, but it’s going to help with the stock market is rising again.

So I’m not for a minute saying that any of this is ultimately a good thing. I’m just trying to explain why I think this is not a fluke and why I think actually the stock market’s going to go much, much higher.

All right. That’s my thought for today, guys. I hope you guys have a really great week. Thank you for everybody who contributes to the page, take care of yourself and be blessed. 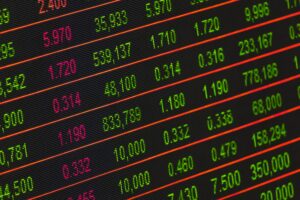 It was a sports scholarship I'm sure.

The amount of idiots who do not realize this is a very old tweet, 1. And 2, he was trolling. If you wanna beat CNN you can’t BECOME CNN 💀

Good thing you can dribble a ball….

broke the law, took cannabis into a country where it's illegal, how does that make this person a prisoner of war….. why would you stretch the truth about that man ?