It strikes me as odd that the “defund the police” movement has to explain itself to the rest of us ignoramuses as “really being about funding other initiatives.” Why not just name the movement after the initiatives you want? Since when are movements named after their source of funding? It would be like someone wanting more funding for the arts, and chanting “defund infrastructure projects!” Or more funding for schools, and chanting “defund sanitation workers!” What it really shows is that to the extremists on the radical Left, the police are seen as the enemy, and that the goal is to weaken the police. The irony is that one of the most obvious racial inequalities in this country is that African-Americans have to live in areas in which there is a lot of crime and are therefore victimized by crime more than any other group. If anything, they need more police protection.

Hey, everybody. I want to talk to you real quick about this whole defund the police movement. And you know, the funny thing about it is liberals normally talk in terms of pretext, and then they get mad when we interpret what it really means. So for example, they’ll talk about affordable healthcare, but what they really mean is socialized medicine, or they’ll talk about immigration reform and we know what they really mean is open borders effectively. But here, when they talk about defunding the police, they get mad when we think they mean they actually want to defund the police, and they say, “Oh, you guys, obviously it’s not about defunding the police! We just want to allocate resources over to these other programs to help reduce crime and inequality!” It’s like really? Well, you can do that without defunding the police. There are other revenue sources. And besides the reason you name a movement after something is because that’s the thing you’re trying to encourage.

I’m a big supporter of school choice. I don’t go around saying defund the public schools. I say “school choice is a civil right,” because that’s what I really want. Somebody who wants more funding for the arts isn’t going around saying “defund infrastructure projects,” right? Somebody who wants more cultural preservation, isn’t going around saying “defund sanitation workers.” You demand the thing that you want. And the only reason to want to defund the police, to make that your rallying cry, is because you actually want to weaken them.

And this is really something that the radical left has been trying to do for a while, because I think they see the police as sort of the protectors of the status quo, the enforcers of the American way of life of capitalism and all those other evil things that they want to take down. And so they’re not really calling for police reform. They’re calling for police to be weaker.

The real problem with this, and it should be pretty obvious, is that one of the great racial inequalities we have in this country is in the danger of the neighborhoods that African Americans live in, that they are much more subject to being victims of violence than people in other neighborhoods. What African-Americans need is not less police. They need more police protection. And yeah, sure, I am all about having other programs, and other government reforms really, to reduce crime in the first place. We’ve talked a lot in this, on this program and on this blog about having school choice, for example, so that kids can actually get a real education; making college affordable really by imposing price controls on schools that accept federal money. We’ve spoken about the importance of immigration reform that actually secures the borders and limits our immigration system to a merit based system, so we’re not importing the rest of the world’s poverty and overloading our welfare systems and overloading really our jobs programs. We’ve spoken about the importance of reducing or eliminating business taxes to encourage more business investment, to bring back jobs. We’ve also spoken about the importance of re-imagining our foreign policy from one focus in the Middle East to one focused on Central and South America, so we can help those governments overcome the drug cartels, which are polluting our cities and which are the primary drivers of criminal activity, and I would suggest even wealth inequality because what winds up happening is when somebody develops a criminal record, obviously they can’t go as far in school and they can’t get as good of a job.

So that’s what we should be focusing on. Defunding the police doesn’t solve any problems. It just creates an opportunity for radicals to cause more chaos, which is what they’re all about. And so that should be rejected by all good Americans. And in particular, those of us who really want to see the quality of life improved for African-Americans and other impoverished people living in high crime areas.

All right, guys, that’s my message for you today. I hope you guys have a great day. I’ll talk to you later. Take care. 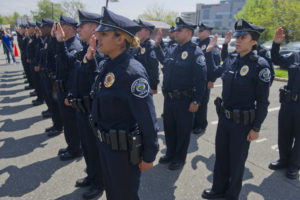