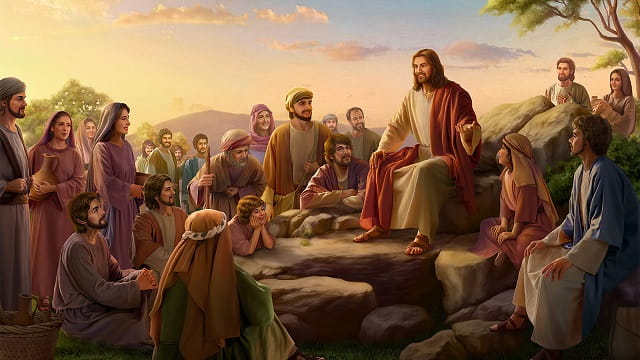 The following is a transcript of the above-video.

“I want to talk about why socialism is antithetical to Christianity. Every now and then I see this article reposted on Facebook called “Five Reasons Socialism is not Christian.” I’ll link to it underneath this. It’s by this woman named Julie Roys writing for ChristianPost.com, and she makes some good points.  But I think she misses the critical points.

She says socialism is based on a materialistic worldview; socialism punishes virtue; socialism endorses stealing; socialism encourages envy and class warfare; and socialism seeks to destroy marriage and family. I’m not really quite sure about the last one. The other ones are good enough arguments, but they miss the main points.

The main reason socialism is incompatible with Christianity is that the basic ethic of Christianity is for you to be charitable to others, to do unto others would have them do unto you, not to outsource your charitable responsibilities to someone else, by having the government force charity on them. Nothing is less Christian than having other people be charitable on your behalf so that you don’t really have to be.

So that’s the first problem.

The second problem, and this is maybe more obvious, is that socialism hurts the poor, it hurts the vulnerable, it hurts the very people it’s supposed to help, along with everyone else. Christianity tells us that poverty is a curse and yet socialism brings that curse on as many people as possible. It actually does exactly what the Bible says Satan does: It steals, kills, and destroys. Right? It steals money, killed 100 million people in the 20th century alone through starvation, and destroys human rights, freedoms, economies, and entire societies. So, arguably, socialism is even Satanic.

Third, socialism demands that the State be the highest order, and that nothing conflict with it, but Christianity requires ultimate allegiance to be to God alone.

Lastly, and I’ll leave you with this, there is actually a verse in the Bible that speaks directly to socialism, and the writer did cite it in her essay, but I want to flesh it out a bit more.

It’s in Paul’s second letter to the Thessalonians, chapter three, where Paul is writing and he says, “I hear that some of you guys are idle and being disruptive and aren’t working.” And he says “when we were with you, we were not idle and we didn’t eat anyone’s food without paying for it. We set an example for you. We worked night and day, laboring and toiling so that we would not be a burden to any of you. We did this in order to offer ourselves as a model for you to imitate, for even when we were with you, we gave you this rule: If you don’t work, you don’t eat.”

So even Paul the Apostle spoke very directly against socialism.

That’s not to say that you shouldn’t help the poor. Of course you should help the poor, but that’s the point. YOU should help the poor. Because it doesn’t help the poor to ignore your own responsibilities to them, and in the process, demand an oppressive form of government that hurts the poor, in place of a capitalistic system that generates the wealth and opportunities and technologies that raise people out of poverty and privation.  Indeed, wherever we have seen the poor enjoy an elevated standard of living, and people lifted out of poverty altogether, it’s where we see market economies emerge that attract investment, and with it, the widespread growth and distribution of wealth and opportunity.