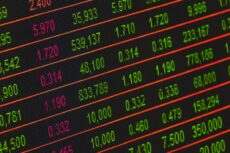 Why is anybody surprised that the stock market is skyrocketing? Before the pandemic, the market was hitting record highs regularly. Then we got the virus and we pumped printed money into the economy at historic levels in anticipation of the end of the world, but the end of the world didn’t happen. So now the world is returning to normal, but all the extra money is still out there with nowhere else to go, so it’s inflating the market, and I think it’s going to keep going to extreme heights it’s never seen. We just printed way more than we needed. It’s like if someone ordered ten dump trucks of dirt to fill in a sinkhole, and after all the dirt was dumped it turned out the sinkhole wasn’t as deep as they thought and they really only needed two trucks, and now they have a giant pile of dirt when all they were trying to achieve was level ground.