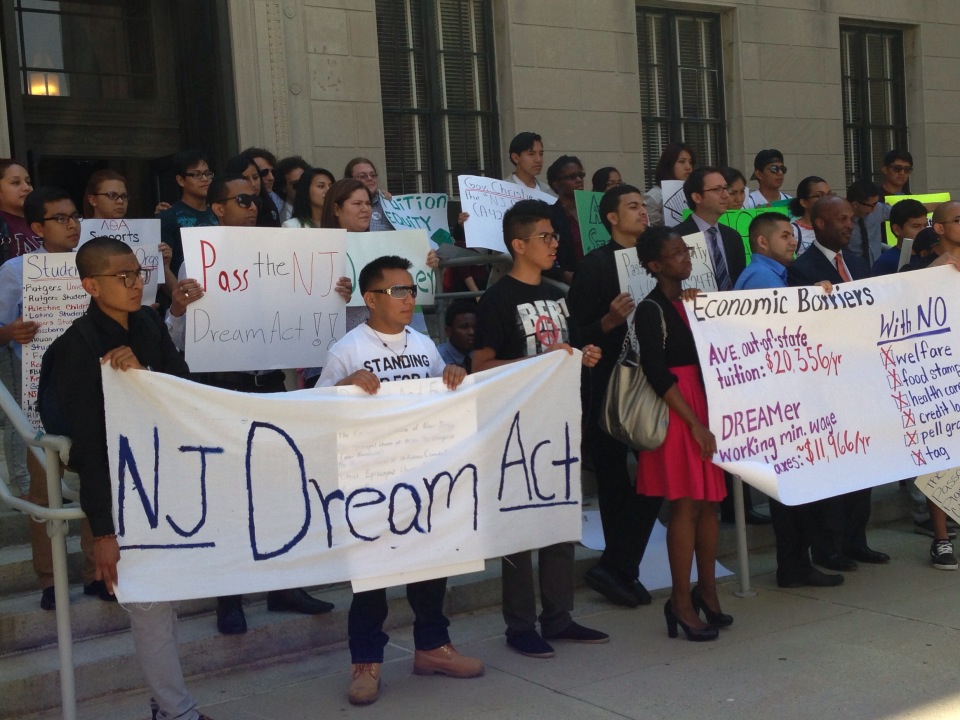 In recent months the issue of tuition equality has come to the forefront of the political debate in New Jersey.  In short, proponents seek to change the laws to allow children of immigrants who have come to this country illegally and reside in this state to attend public universities and colleges at in-state rates.  I have come to the conclusion that such an idea is a mutually beneficial for all concerned, is fully consonant with conservative and Republican principles, and is politically wise.  As such I support it wholeheartedly.

I will be the first to admit that I have not always felt this way, and that reasonable people can certainly disagree on issues such as this.  I also know that my support for this measure will cause something of an uproar with my Republican friends.  That being the case let me be very clear.  I am a conservative, small government, Ronald Reagan Republican, as much today as I have always been.  To favor tuition equality does not represent a moderation of my principles.  Rather, it represents a new understanding of those principles, by which I mean a recognition that the tenets of conservatism and the Republican Party demand support for tuition equality.

The defining characteristic of conservatism is that it is a solution-oriented doctrine which acknowledges reality, and the limits of that reality.  And the reality of the illegal or undocumented immigration situation — whatever you want to call it — is that these people are here to stay.  We can argue all day long about how they got here, and why, and what should have happened years ago.  That does not get us anywhere because it does not deal with the reality of today, which is that there is no national impetus to remove them, we do not have the logistics to remove them even if such an impetus existed, and any such effort at removal would almost certainly require a suspension of the constitutional principle of due process.  We conservatives are supposed to be the defenders of the Constitution, and I think we can all agree that our Constitution cannot withstand much more abuse as it is.

This is imperative to the conservative cause, because the Hispanic people are in a precarious position right now. There is a cultural tug of war at place, with the gravity of government dependency relentlessly trying to drag them into the dreaded cycle of perpetual poverty.  In our lifetimes we have seen the liberal experiment of welfare as a safety net disproven by the reality of welfare as an intergenerational lifestyle, with costs immense for all Americans.  We cannot allow this to happen to the Hispanic community, for their sake and our own.  It is essential, therefore, that Republicans do everything in our power to make sure that Hispanics do not fall into this trap, and are instead given every opportunity to succeed.  Tuition equality is a large part of that solution.

There are, of course, legitimate concerns about the cost of any such program.  But there’s an even greater cost to placing obstacles in the way of educational achievement.  We cannot continue to finance an ever-growing class of unskilled workers and government dependents.  The out-of-pocket cost for tuition assistance will be nothing compared to the combined cost of having all these kids on government assistance for the duration of their lives, along with the invisible cost resulting from all the productive potential that these children will not realize because of barriers placed in the way of their success.  The essence of capitalism it to maximize productive potential, and tuition equality helps to achieve exactly that.

Tuition equality is therefore economically wise.  But it is also a politically wise move for a Republican Party which finds itself in desperate need of politically wise moves.  We cannot continue to forfeit every minority vote.  The Republican Party will not remain relevant in the coming years if it does not begin to expand its appeal into communities that we have traditionally neglected.  And yet, we seem oddly satisfied to maintain the status quo.

The problem is that too many Republicans see the Hispanic population as a threat to the Republican Party. Indeed, Republican Congresswoman Michelle Bachman recently said as much when, speaking on the topic of immigration reform, she indicated that should amnesty pass “we will never again have a Republican president… [or] House of Representatives [or] Senate.” This scare tactic is designed to engender opposition to programs which would help Hispanics in order to dissuade them from being here in the first place, and thereby limit their numbers and influence.

I reject this approach, and the misguided idea on which it is based, as entirely contrary to what Republicanism should stand for.  We should be competing for votes, not trying to limit them.  And these votes are there for the taking.  Hispanics are tired of being taken for granted by the Democrats.  If we Republicans really believe that we have the right answers, we should welcome the opportunity to persuade the Hispanic community, not run from it.

Yet, the conventional Republican thought seems to be that Hispanics will always support Democrats because Democrats buy votes with government benefits.  This is complete nonsense.  Hispanics do not want to live off of welfare.   Hispanics want the same things as everyone else: strong families, safe communities, first-rate schools, good jobs, nice homes, and the ability to provide for themselves and their loved ones without having to rely on the government.  In short, they want the American Dream, and the Republican Party has always been the party of the American Dream.

Unfortunately, we have forgotten our roots.  We have become a party of exclusion, like an elite country club for people who have already made it, instead a populist party inclusive of all people who want to make it, unified in the belief that hard work and personal responsibility are virtues to be emphasized, the belief that freedom is superior to government control, and the belief that success is not something for which anyone should ever apologize.

So we Republicans have selfish reasons to do what we can to help advance the American Hispanic population, and to that end support tuition equality.  But I also believe it is simply the right thing to do.  Perhaps I am mistaken, but if one must err, he should err to the side of charity and opportunity.  Of course, the cynics will say we are just pandering, but I believe that if you really do care about people then that compassion will shine through the darkest clouds of cynicism.

Now, I often hear Americans wonder whether our new Hispanic population will be able to Americanize.  I do not share in this concern.  From what I can tell, there are three things which characterize the Hispanic people more than anything else: they are hard working, they are family oriented, and they are God-fearing.  These are the same values that once made America the greatest of nations, and these are the same values which America has rejected in its recent and precipitous cultural and economic decline.  So I don’t want Hispanics to become more Americanized.  I want them to bring their strong values with them, and display them as an example for the rest of us, and as a reminder that success does not occur accidentally, but is the result of social mores that Americans no longer emphasize.

Predictably, many well-meaning Republicans will argue against tuition equality, saying that the way to help Hispanics is not through handouts.  But this is not a handout.  A handout is when we reward people for failing.  This is the opposite.  This is Hispanics asking to be treated equally, and in return promising to work hard for their own success.  It is a win-win proposition.

Finally, some will argue that to grant tuition equality to children who have come here illegally is to reward illegal behavior.  This is a misperception.  These children did not come here illegally.  They were brought here illegally by no fault of their own.  To afford them the same in-state rates as everyone else who lives in-state is not to reward any wrongdoing on their part.  It is simply to follow the commandment handed down to the people of Israel by God Himself, as articulated in Leviticus 19:34 — “The foreigner residing among you must be treated as your native-born. Love them as yourself, for you were once foreigners as well.”

What was true for Israel is especially true for America.

And so for these reasons, I today announce my support for tuition equality, and call on all other Republicans in positions of influence — in particular our great Governor Christie, and the Republican legislative leadership — to do the same.