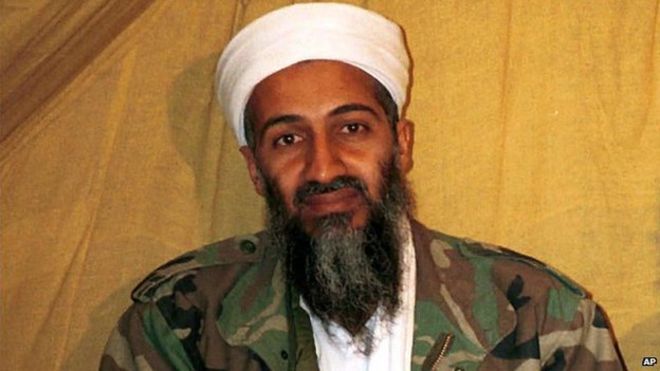 In the wake of Osama bin Laden’s glorious demise, a number of attention-seeking contrarians have felt the need to voice their opinions condemning the killing as either illegal, or unjust, or both.  Leading the charge was Tony Metcalf, the British editor-in-chief of the Metro newspapers in the United States, who opined that “Democratic states do not execute people without first going through the judicial process. If that process is circumvented, then you are no better than the terrorists.  Is that harsh?… You probably think so.  But I defy you to argue with that logic.”

Well, let me give it a shot.

First, to draw a moral parallel between killing bin Laden and bin Laden’s own terrorism is beyond obnoxious, it’s outright silly.  You can’t simply compare one killing to another and say both are equal regardless of who is killed and why, simply because neither involved a judicial proceeding.  Some lives are simply worth more than others.  The lives bin Laden took were innocents, so their lives were of full value.  But bin Laden’s life was worth nothing because he killed all those innocents, so killing him is not the moral equivalent.  Bin Laden murdered thousands of innocent people who deserved to live.  We killed a mass murder who deserved to die.

Beyond that argument, I suppose one make the case that Attorney General Eric Holder articulated when he said that “The operation against bin Laden was justified as an act of national self-defense.” Holder went on to note that even had bin Laden attempted to surrender during the raid, the SEALs would have had “good basis” to kill bin Laden anyway, “in order to protect themselves and the other people who were in that building.” While that may be true, a “self-defense” justification is, well, defensive, and there is no reason for the Obama Administration to be defensive on this issue. Instead, the White House response should simply be self-defense or not, bin Laden was a legitimate military target whose right to life was forfeited long ago, if not for the Luxor massacre of 1997 which killed 62 civilians, then for the 1998 U.S. Embassy bombings which killed hundreds.  If not for the Embassy bombings, then for the 2000 attack on the U.S.S. Cole which killed 17 U.S. servicemen, for which, by the way, he was convicted in a court of law. And if not for the Cole attack, then certainly for Nine Eleven.  We would have been well within our right simply to drop a bomb on him without giving him any chance of surrender, and once you have the green light to blow someone up, does it really matter that he was shot instead?

Incredibly, Australian human rights lawyer Geoffrey Robertson says it does matter, because he believes we gave bin Laden the very death that he sought! “The last thing [bin Laden] wanted,” says Robertson, “was to be put on trial, to be convicted and to end his life in a prison farm in upstate New York.”  That is utter nonsense.  First of all, by saying bin Laden should spend the remainder of days at a prison farm, Robertson implies that bin Laden should not even have received the death penalty had he been convicted of thousands of murders at trial!  And this is precisely the sort of argument typically used by anti-death penalty activists, who paradoxically insist both that the death penalty is too cruel, and that, conversely, life in prison is actually less desirable to the criminal.

Secondly, the idea that bin Laden would have preferred a bullet in the head to a trial is inconsistent with what we’re seeing from Nine Eleven mastermind Khalid Sheik Mohammed, tying up the legal system and costing Americans millions of dollars while the Obama Administration decides whether he should be tried in military or civilian court.  Bin Laden likely would have loved nothing more than to get an American lawyer at taxpayer expense, and a nice, long jury trial which would expose national secrets in the process, while suing us for inhumane treatment during the pendency of the charges, and cheating justice by dying of natural causes in jail a decade later while countless time-consuming appeals are being considered and re-considered, no doubt based on, amongst other things, bin Laden’s inability to get a fair trial due to his notoriety, lack of Muslims on the jury, and the failure of the Navy SEALs to read him his Miranda rights.

Besides, if bin Laden wanted to surrender, had plenty of time to do that long ago.  Bin Laden was indicted in U.S. courts years back in 1998 for a truck bombing that killed five Americans and two Indians in Riyadh, Saudi Arabia.  He had every right to turn himself in and submitted to the U.S. justice system.  He chose not to.  He chose to run, he chose to hide, he chose to kill escalate his killings, he chose to wage war to the bitter end, he chose to make himself a military target, and choices have consequences. 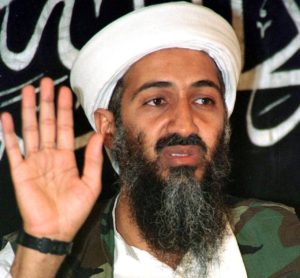